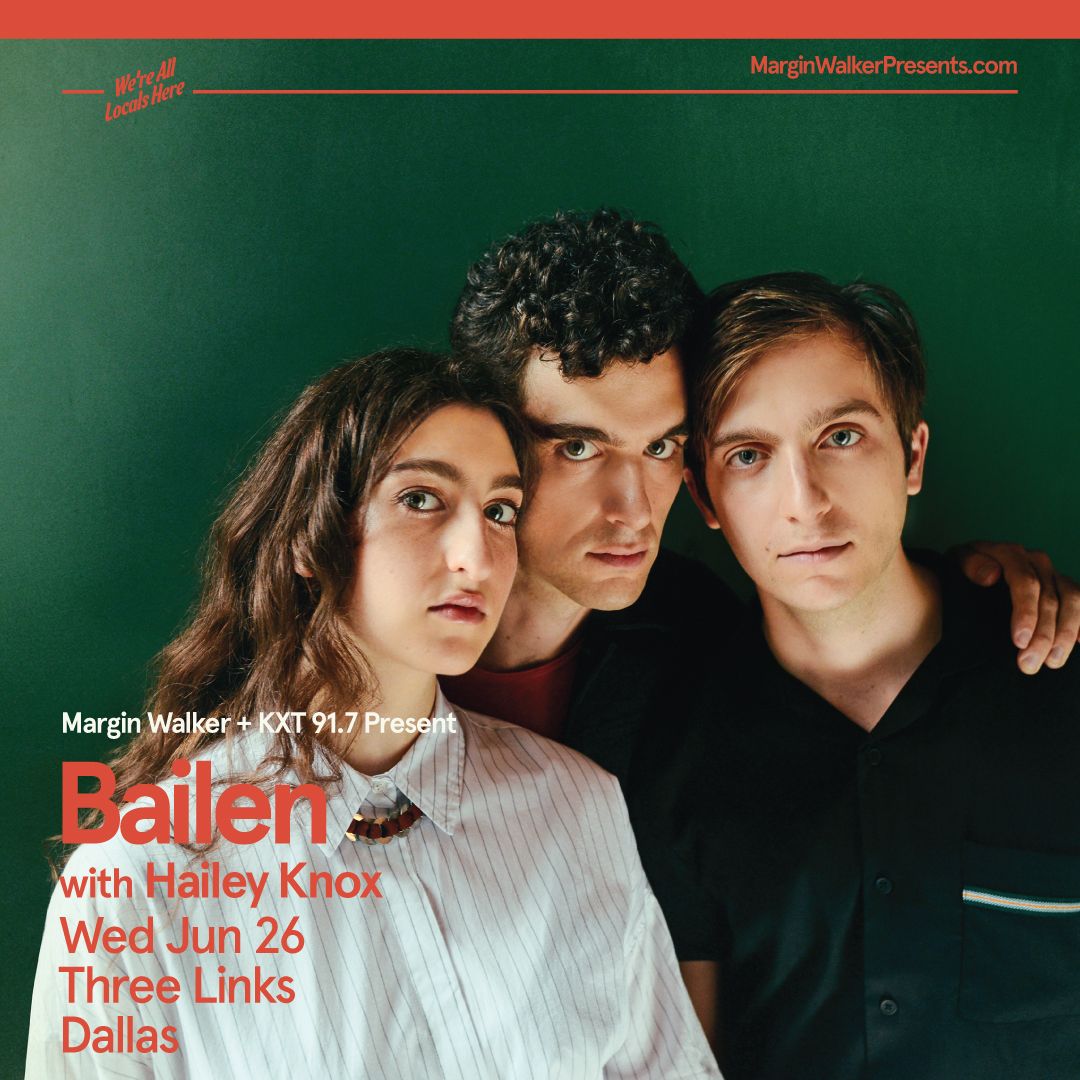 Bailen heads to Three Links in Deep Ellum on Wednesday, June 26. The band's debut album, Thrilled To Be Here, drops on April 26, 2019. Tickets for the Dallas show go on sale on Friday, March 29. Doors open at 7pm. Show starts at 8pm.

Get primed and ready for the show with KXT's On the Road session with Bailen from SXSW here.

Bailen' otherworldly musicality springs from a very deep well, in fact, it’s in their DNA. Raised in New York by their classically trained parents, Daniel, David and Julia immersed themselves in the family’s diverse record collection. The group’s highly collaborative songs are formed by three very different individuals who were all inspired by literature and a love of language. The resulting confident, meticulous songcraft of Thrilled To Be Here is rooted in the young group’s preternatural dexterity, insight and lyrical bite.

Detail-oriented and precise, the members of BAILEN found the perfect counterpoint in producer Congleton’s more open approach: “We think micro, and John was really good at thinking macro for the record,” Julia observes. “First records are special because you’ve spent your whole life writing them. Recording our album in a month at the same studio with one producer meant that we kept the creativity, but also found the cohesiveness.”