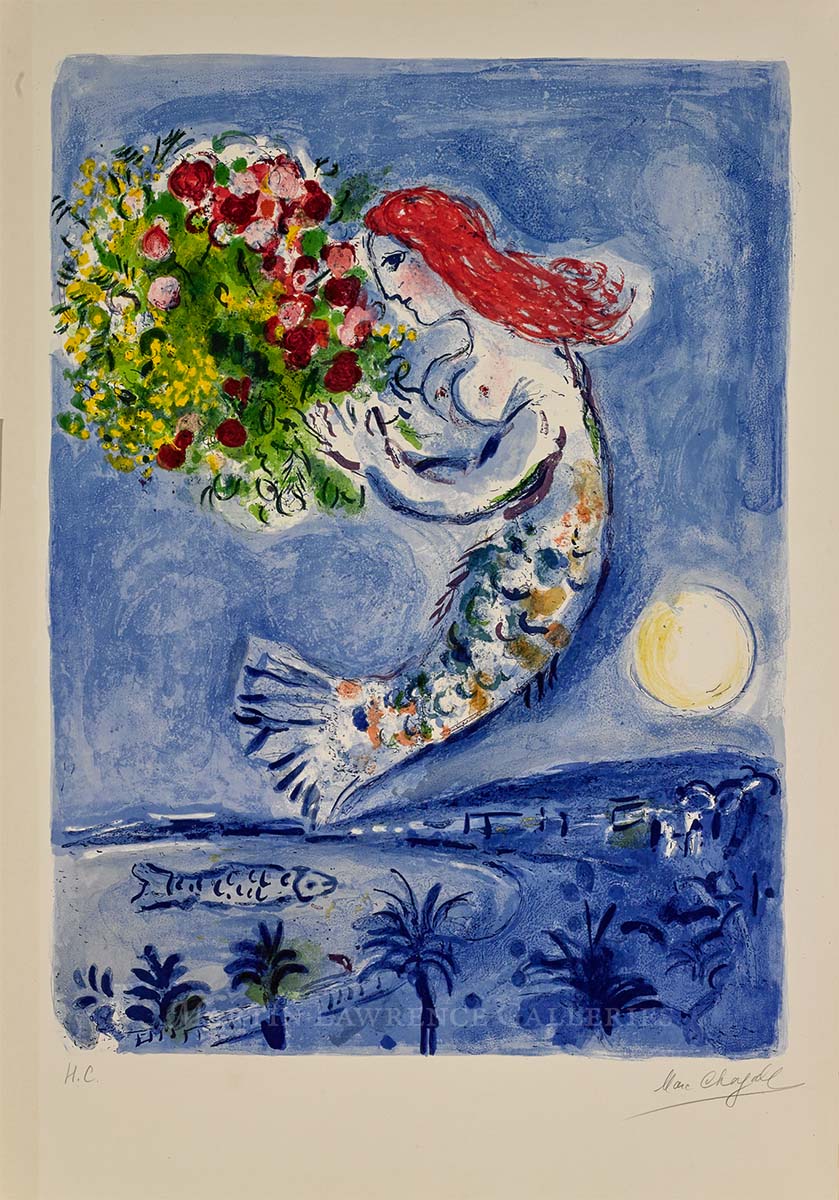 Martin Lawrence Galleries Dallas celebrates the spirit and genius of extraordinary 20th-century artists with an opening reception on Saturday, April 27, 2019

Pablo Picasso, Marc Chagall, Joan Miró and Salvador Dalí hardly need an introduction. These iconic modern artists in the world captured the public's interest and imagination, and to this day each remains a touchstone of 20th-century art. A world-class exhibition art and culture displaying their technical virtuosity and early use of organic morphology.

Now, Martin Lawrence Galleries will be presenting breathtaking works by these artists. Masterpieces from that pivotal era include Marc Chagall, The Bay of Angels, Salvador Dalí, La mer séparée par Jehovah, Pablo Picasso, Bacchanale: Couple and Flutist by a Lake.

My hands were too soft. I had to find some special occupation, some kind of work that would not force me to turn away from the sky and the stars, that would allow me to discover the meaning of life. “Marc Chagall

Marc Chagall, poet-painter was a Russian-French artist. An early modernist, he was associated with several major artistic styles and created works in virtually every artistic format, including painting, book illustrations, and fine art prints. He experienced modernism's "golden age in Paris, where he synthesized the art forms of Cubism, Symbolism, and Fauvism which gave rise to Surrealism. , and Russian icon painting and folk art-he loved the bible mixed with love, joy, beauty, and sadness. Chagall believed that color must be integrated with drawing and Pablo Picasso once remarked in the 1950's "Chagall will be the only painter left who understands what colour really is." MLG is proud to exhibit originals, suites and individual prints by Marc Chagall.

No place inspired Chagall more than Nice, and this fruitful partnership of love and admiration is perfectly encapsulated in the magical work before you. A stunning blue siren floats above the beautifully detailed city, wistfully reaching for an enchanting bouquet. A sense of longing and desire fill the page, as the siren refuses to make contact with the viewer and instead appears to delight in her dreamlike world. The scene is quintessentially Chagall: romantic, whimsical and surreal, like a dream; inviting you in and invoking all of your emotions and senses and memories.

Created in 1962, this color lithograph was designed for the French Tourist Commissariat to be used to attract tourists to the town of Nice and Cote d'Azur outside France.

Chagall's Jewish identity was important to him throughout his life, and much of his work can be described as an attempt to reconcile old Jewish traditions with styles of modernist art. However, he also occasionally drew on Christian themes, which appealed to his taste for narrative and allegory and his works have been exhibited in the Museum of Biblical Art in Dallas, TX.

The fact that I myself, at the moment of painting, do not understand my own pictures, does not mean that these pictures have no meaning; on the contrary, their meaning is so profound, complex, coherent, and involuntary that it escapes the most simple analysis of logical intuition." Salvador Dalí

Salvador Dalíis one of the greatest Surrealist artists. Dalí was a skilled draftsman born into a prominent Spanish family in Catalonia Spain, best known for the striking and bizarre images of extraordinary landscapes of his inner world in his works. Dalí painted his first picture in 1910 at the age of six. At ten he discovered Impressionist art, and at fourteen the Pompiers (a 19th-century group of academic genre painters. By 1927 he was Dalí and a recognized genius. MLG refers to him as "the great Dalí" MLG's collection includes wood engravings, lithographs, watercolors, and etchings. The world's largest Dalí painting can be seen at MLG in the Forum Shops, Las Vegas

Born to a Catholic mother and an atheist father, Salvador Dalí's views on religion were complicated. However, in the 1940s after attending a private audience with Pope Pius VII Dalí had a change of heart, and a year later announced his return to the Catholic Church. With the renewal of his religious beliefs, Dalí began to incorporate iconic religious events into his art. He became obsessed with the absolute, and the classical iconography of religion afforded a means of exploring different artistic territory; the territory of the sacred.

The current work was created for the Moses and Monotheismsuite of lithographs released in 1974.  Each print from the series was produced first as gouache, watercolor and ink painting on paper.  La mer séparée par Jehovah (The Sea Parted by Jehovah) illustrates the moment when Moses becomes the hand of God and parts the waters of the Red Sea by placing his staff (Dali's iconic crutch) into the ground.  The image puts Moses squarely in the center of the waters, his hands seemingly pulling back the waters like curtains. In the foreground are relatively large but ghostly handprints that suggest God's hand.  Depicting Moses' staff as a crutch implies the connection with God was the support to Moses, that God worked through him and made him more than he was.  Rather than ‘religion as a crutch' then, it indicates religion as empowering, bolstering the believer to achieve works and miracles that were impossible without God.

Traditional rabbinic teaching concentrates on Moses as the ‘man between' – a liminal figure – existing in the uncomfortable borderland between God on the one hand and the people on the other.  He was not born tremendous or perfect or holy, he became great and so served as a model of transformation – the flawed human rises to a more enlightened and righteous state, and that metamorphosis constitutes his true heroism.  Dalí, of course, was fascinated by the liminal, that mediating space between the fantastic and the mundane.  He understood this crucial aspect of Moses and so his placement of Moses in the dead center of this image, in the center of the Red Sea itself, reveals his thoughts on what he considered most relevant in this story.

"Art is a lie that makes us realize the truth." Pablo Picasso

Pablo Picasso is considered the most celebrated painter and the most innovative sculpture of the twentieth century. Pablo Picasso was the most dominant and influential artist of the first half of the 20th centuryPicasso was also a foremost printmaker and his graphic oeuvre spans more than seven decades. His published prints total of approximately 2,000 different images, pulled from metal, stone, wood, linoleum, and even celluloid. Picasso's graphic work intermittently followed his preoccupations and style as a painter. MLG's collection of hand-signed linocuts reveal his visual genius and invention of on-block technique which enabled him to achieve brilliantly colored and richly textured works on paper.