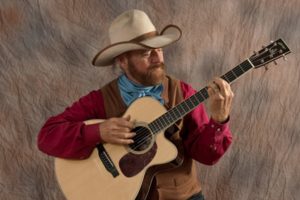 Michael Martin Murphey is a proud son and life-long resident of Texas, best known for his hits, “Wildfire,” “What’s Forever For?” and “Carolina in the Pines.” Michael is part of the Western Music Hall of Fame and has won numerous awards and honors from organizations, such as the National Cowboy Hall of Fame, the Academy of Country Music, and the Academy of Western Artists and Performers. His songs have earned nominations in the Grammy Awards, the Country Music Association Awards and the Texas Music Awards. Michael’s hit, “Wildfire,” is one of the most played songs in the history of radio in all formats. Michael has recorded more than 35 albums. His songs have been recorded by Lyle Lovett, Kenny Rogers, John Denver, Nitty Gritty Dirt Band, Jerry Jeff Walker, Doyle Lawson and Quicksilver, and a host of other recording artists. Michael is also an actor and script writer and has performed music in films, including Lonesome Dove and Hard Country. His television appearances include The Tonight Show, David Letterman and Austin City Limits as well as his own show, The Best of the West with Michael Martin Murphey. He’s also been featured in countless newspapers, magazines and books, including Rolling Stone, Time, The London Times, The New York Times, The Los Angeles Times, The Chicago Tribune and The Denver Post.