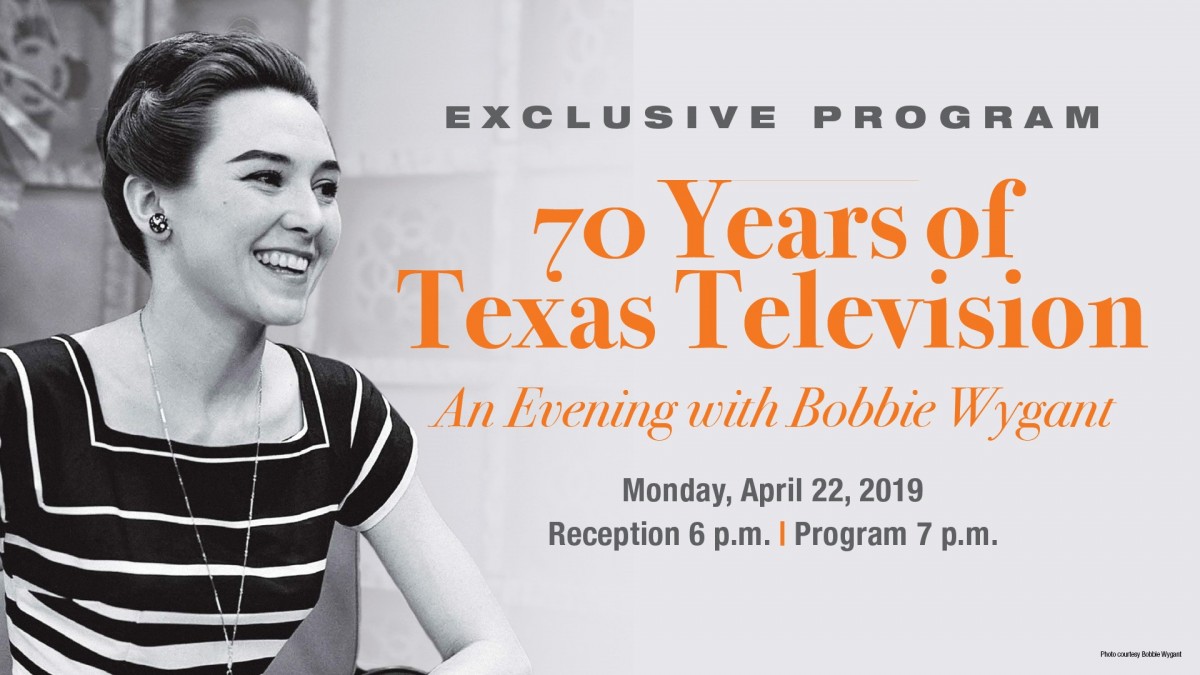 70 Years of Texas Television: An Evening with Bobbie Wygant

The first female in the southwest to be host/producer of a general-interest television interview program, TV legend Bobbie Wygant has blazed trails throughout her seventy-year broadcasting career in Dallas/Fort Worth. On Monday, April 22, she’ll be at The Sixth Floor Museum to share memories from her storied career – the dawn of television, thousands of celebrity interviews and her experience broadcasting live on November 22, 1963 as news broke of the assassination of President John F. Kennedy.

Bobbie Wygant is an Emmy award-winner and was the first Texas broadcaster and the sixteenth in the nation to be inducted into the Gold Circle of the National Academy of Arts and Sciences. She joined WBAP-TV, the first TV station west of the Mississippi, two weeks before it went on the air in 1948. Over the years, she’s interviewed America’s most noteworthy celebrities, from Bette Davis to Charley Pride to Bradley Cooper.

Wygant is the author of “Talking to The Stars.” Pre-signed books will be available for purchase.

Tickets are $20 and include a wine reception and complimentary parking.