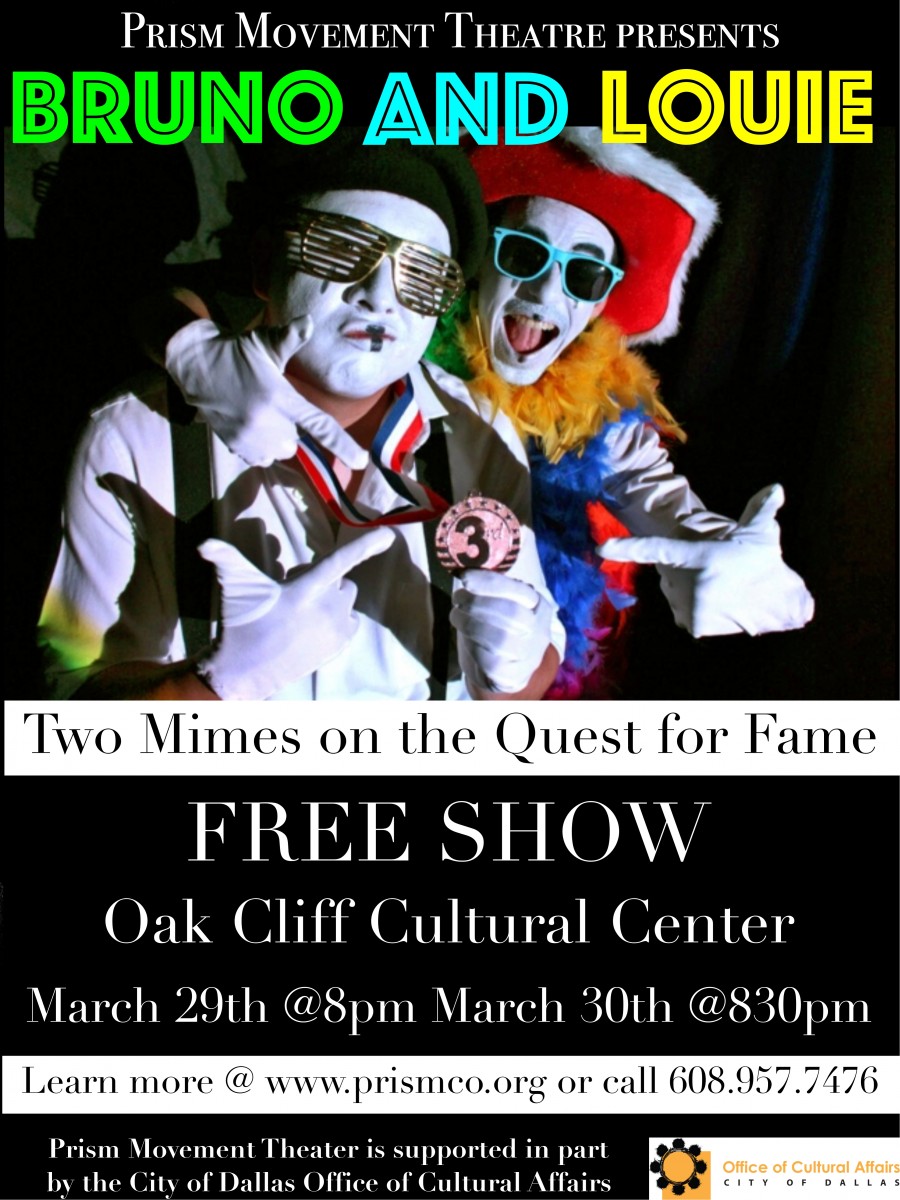 Bruno and Louie at the OC3

BruNO and lOUIe is a hilarious comedy about two mimes trying to become famous. As the duo embark on this fantastic romp, they try everything from making a band to becoming professional ping-pong players. But it’s through their efforts that they realize that the quest for fame is just like the world of mime: fleeting and ephemeral. Featuring local Oak Cliff talent as the opening acts!

Performing Arts Groups Are Facing The Sound Of No Hands Clapping