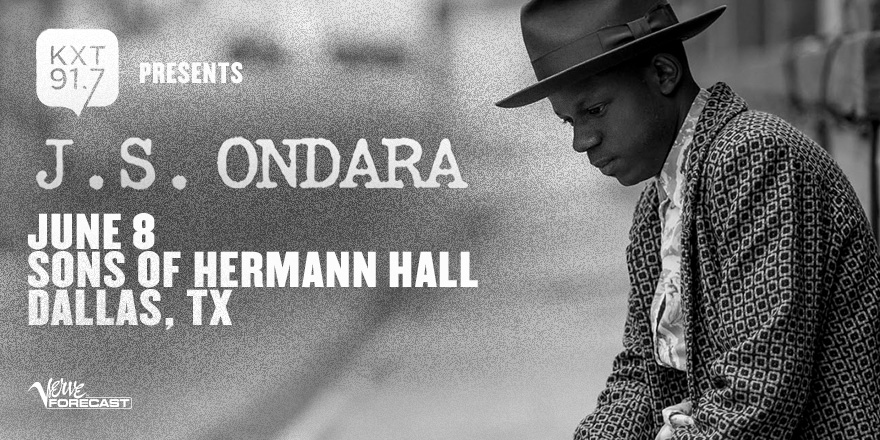 J.S. Ondara offers a unique take on the American dream on Tales of America, his debut album. Ondara grew up in Nairobi, Kenya, listening to American alt-rock and making up his own songs for as long as he can remember. After discovering the music of Bob Dylan, he moved to Minneapolis in 2013 to pursue a career in music. There he began making his way in the local music scene, continually writing songs about what he saw, felt and experienced in a place far different from home.   From a stockpile he says is hundreds of songs deep, Ondara chose 11 for Tales of America. They’re captivating tunes built around acoustic guitars and adorned with subtle full-band accompaniment for an openhearted folk-rock feel. He sings in a strong, tuneful voice well-suited to the gorgeous melancholy he expresses on the wistfully lovelorn “Torch Song,” or his steadfast infatuation on “Television Girl.” Ondara sings rueful lyrics in an anguished tone on “Saying Goodbye,” and leaves plenty of room for interpretation on “American Dream,” the first single. “I knew I wanted a song called ‘American Dream’ on the record, but I didn’t have that song,” Ondara says with a laugh. “I couldn’t find it. I wrote like twenty songs called ‘American Dream’ before I found the one that ended up being the record.”   His persistence is evident throughout Tales of America, which is indeed a classic American tale. It’s the story, told in song, of an immigrant seeking a new life, who dedicates himself to achieving his vision through hard work and determination.   This is a seated show for all ages. Doors open at 8pm. Show starts at 9pm.    **This show is sold out!**