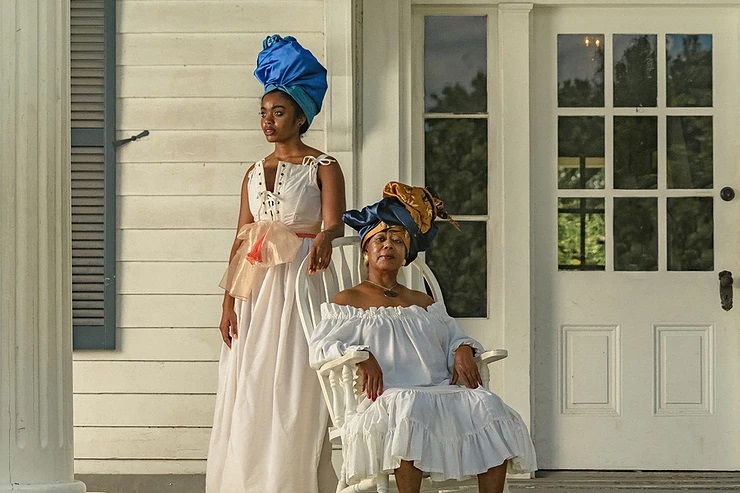 Tignon pronounced [tēyôN] is a French word that can mean cloth or handkerchief and is used to reference the headwraps of Creole women. The Tignon Exhibition is presented by Dallas based artist Chesley Antoinette, together through fashion photography and wearable sculptural turbans a historical period of the 18th century is explored through women of African descendant.

The Tignon Law was an edict of good government dictated by the Spanish government during the late 18th century in New Orleans, Louisiana that force women of African descendant to wear the tignon when in public. The focus was particularly on the free women of color population with the intention to oppress their beauty, intelligence, and mobility.

There is no record of individual women affected by the law, however, there are women of record whose lives illustrate the characteristics of beauty, intelligence, and mobility while living in New Orleans during the 18th century.

Contemporary photography is explored referencing essays by varies scholars compiled in a book titled The Devil’s Lane: Race and Sex in the Early South, combined with historical paintings and drawings featuring women of African descendant wearing turban headwraps nationally and internationally during the 18th century.

In addition, the creativity of these women is represented in an installation through over 50 turban headwraps each different from the next explores rebellion through form, color, and texture along with ubiquitous objects.

The Tignon exhibition is intended to create dialogue around the ideas of liberty, private property and government policies that affect individual choices.