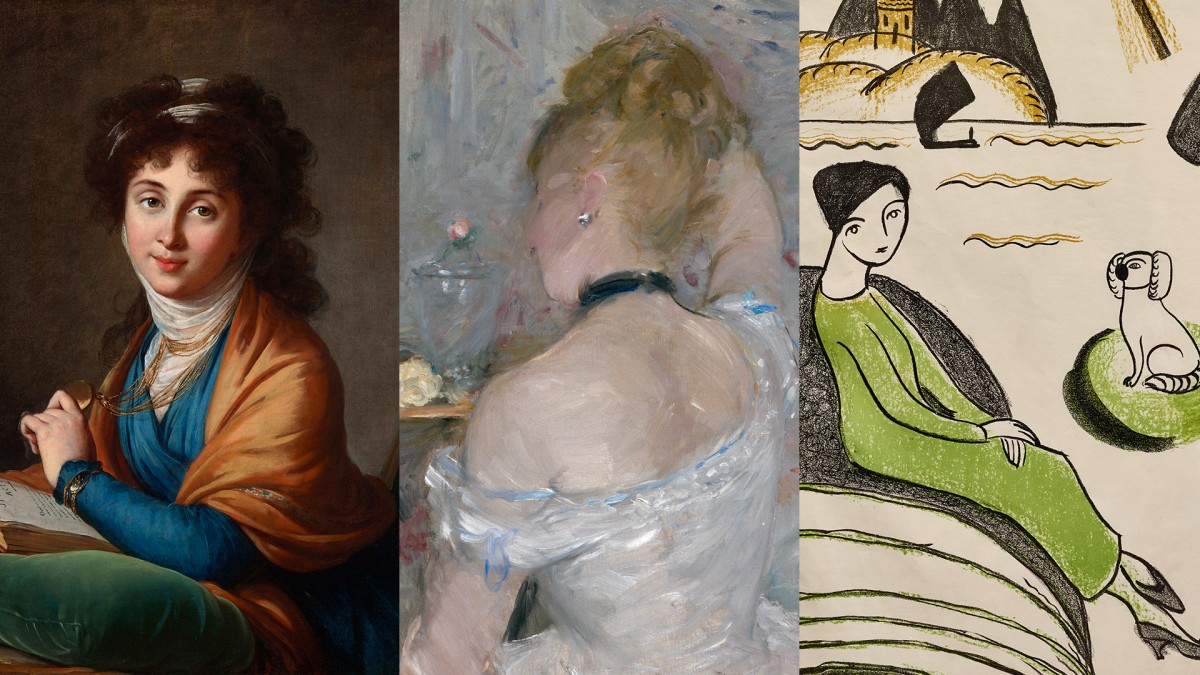 Celebrate women artists throughout history with talks, tours, and several exhibitions, including Berthe Morisot, Woman Impressionist and Women Artists in Europe from the Monarchy to Modernism.

Program Highlights:
Happy Hour Performance featuring K. Avett 6:00 p.m.
Start your evening listening to the feel-good soul and R&B of K. Avett and her band. Her combination of performing personal lyrics she’s written while also covering some of the greats in soul and jazz makes for a performance you won’t forget.

Late Night Main Stage featuring Jessie Frye
8:00 p.m.
Enjoy an upbeat and electric performance by Denton-based pop singer-songwriter Jessie Frye. Frye effortlessly appeals to the mass of emotions that roll and churn inside the hearts of anyone within earshot and exudes both a pure pop swagger and a spiky rock and roll resolve.

Late Night Talk: Rejected Princesses
9:00 p.m.
Join Jason Porath, author, illustrator, and creator of the hit blog Rejected Princesses, for a talk about women of history and myth who, for one reason or another, would never be considered for the animated princess treatment. Porath will share how Rejected Princesses got started and how he researches and illustrates the lives of each of his subjects, and he'll share a few favorites from the archives.

Late Night After Hours Showcase featuring Pearl Earl
10:00 p.m.
Listen to psychedelic pop-rock performed by the all-female group Pearl Earl. Based out of Denton, this group’s first EP, Karaoke Superstar, was nominated for Best EP in the Dallas Observer Music Awards. Last year they released their first full-length, self-titled album and were awarded Best Indie/Rock Band and Best Song by the Denton Arts and Music Awards.

125 Sculptures, All Of Women in STEM, Coming To Dallas