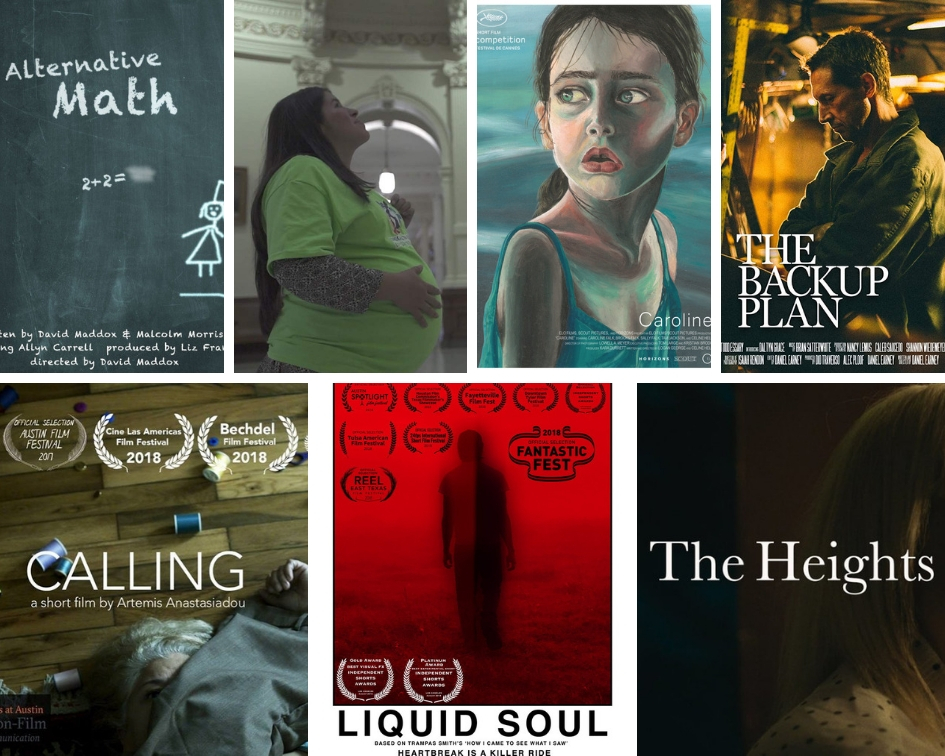 In Austin, Texas, two expectant mothers, one undocumented and one US citizen, must contend with increased ICE raids and mounting hostility towards immigrants under President Trump.

The Backup Plan (26:48 min.)
Daniel Earney,  Austin, TX
When a down on his luck single father faces eviction, he begins stealing catalytic converters to save his home.

Calling (15:45 min.)
Artemis Anastasiadou - Austin, TX
Valeria, a Mexican American seamstress, and mother of an intellectually challenged man is sexually assaulted one night by her employer. The film explores the next few hours after the event, the struggles of Valeria to take care of her son till she makes the final call.

Caroline (11:52 min.)
Celine Held & Logan George, Houston, TX
When plans fall through, a six-year-old is faced with a big responsibility on a hot Texas day.

The Heights (22:00 min.)
Ryan Booth & Henry Proegler, Austin, TX
A promising musical duo tries to avoid a meltdown before the biggest show of their career.