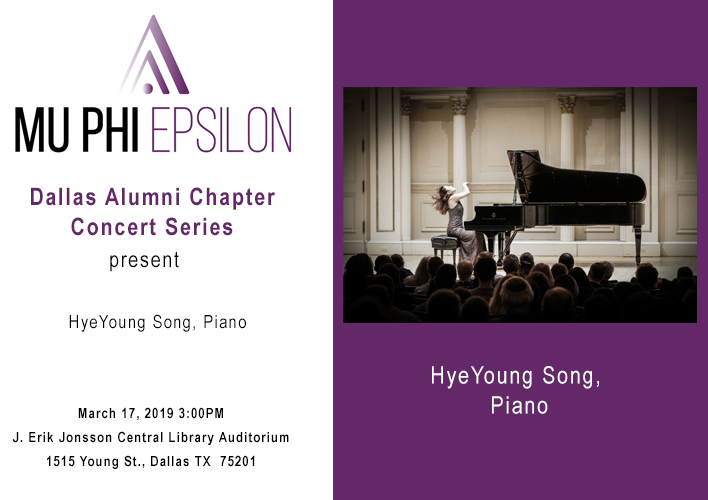 Praised for her “Authenticity, maturity and integrity,” “Exquisite sensitivity and a beautiful tone,” “Truly magical!”, and as a pianist who “captures audience’s ears and hearts,” Song enjoys her career as a performer and educator. The New Piano Group, in reviewing her sold-out Carnegie Hall performance, hailed her interpretations as “warm, expressive, yet powerful... Ms. Song gave a colorful account of this piece and made the piano sound like the orchestra…She is a keen listener who is aware of the voices and their movements. It was tender, calm, graceful and gentle.” Her recent performances include recitals in such venues as American Church in Paris, Candas Hall in Spain, Steinway Hall, Yamaha Hall, the Tenri Cultural Institute in New York, Texas Hall, LBJ Fine Arts Auditorium, First State Bank Performing Arts Center, Margo Jones Performance Hall, Caldwell-Carvey Hall, Alkek Fine Arts Auditorium, Sejong Performing Arts Center, and 3.15 National Performing Arts Center in Korea.