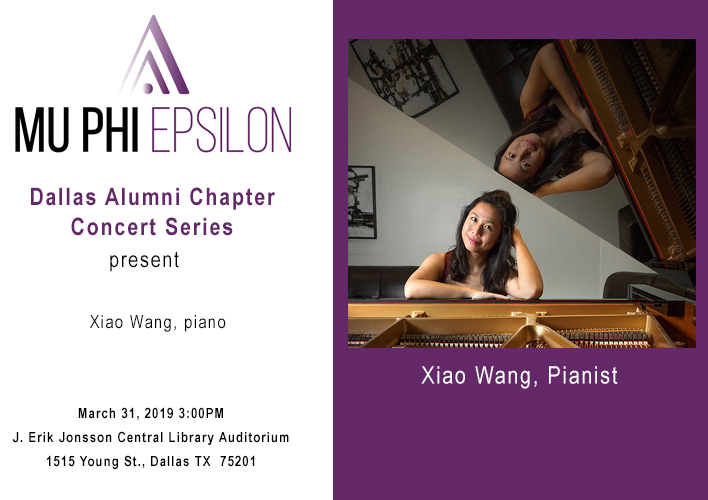 A doctoral student and teaching fellowship at the University of North Texas, College of Music, pianist Xiao Wang was born in China and began her musical studies at age four and entered the Central Conservatory of Music in China at the age of eleven. She has been the recipient of numerous awards and prizes in China and the United States. In 2002, she earned 3rd prize in the 65th Steinway Piano Competition in China. In the summer of 2005, she was one of six finalists at the Seventh Eastman Young Artists International Piano Competition. During her first three years at UC-CCM, Xiao Wang twice won the McElroy Competition of $2500 and the Cliburn competition of $5000 in the Undergraduate Scholarship Competitions and was alternate winner in the CCM concerto competition. In the summer of 2009 she won the Jan and Beattie Wood Concerto Competition at the Brevard Music Center Festival performing Tchaikovsky’s Piano Concerto No.1 with the Brevard Music Center Orchestra and also won 2nd prize in the Solo Piano Competition of the Brevard Music Center Festival. Recently, she won the University of North Texas Concerto Competition and performed Ravel Piano Concerto for the Left Hand with the UNT Symphony Orchestra.