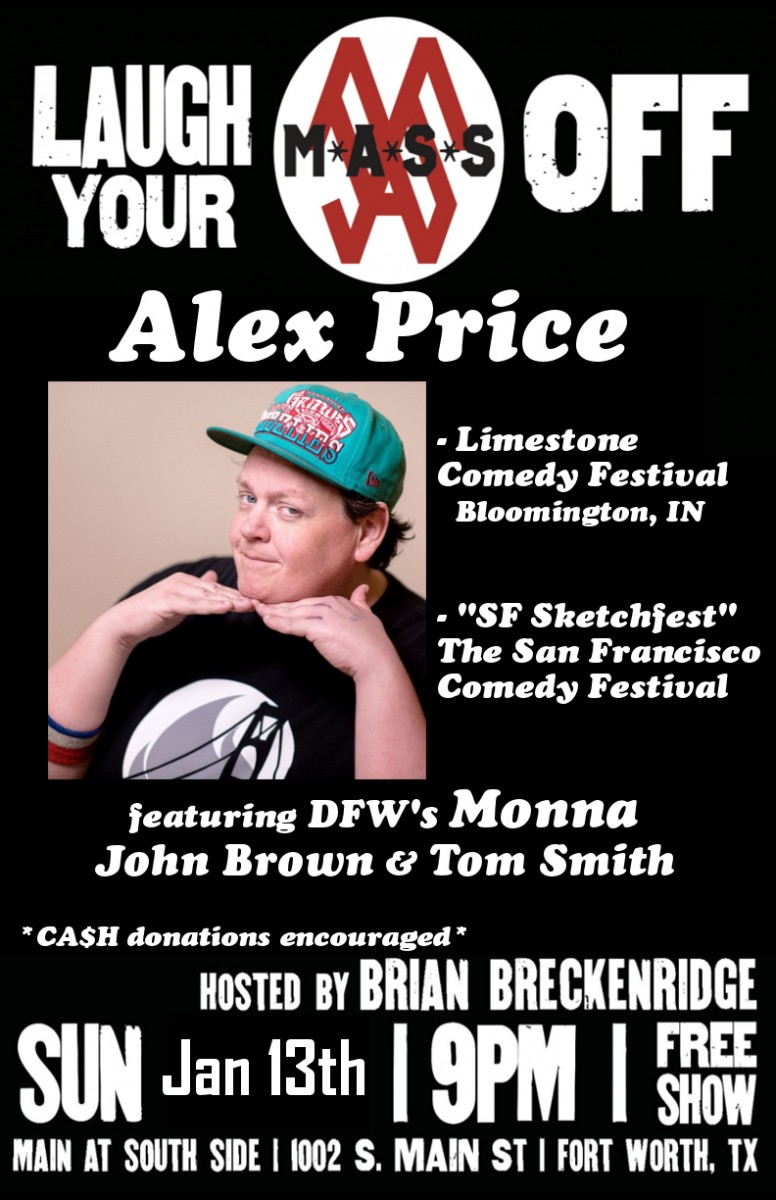 At six feet, nine inches, Alex Price was always going to be the center of attention anyway. He developed an outsized sense of humor to match his physical stature and quickly became known in comedy circles far away from his native Indiana. His unflinching, self-deprecating and hilarious take on life as an actual giant form the basis of an act that's garnered him opening spots for Kyle Kinane, Brian Posehn, and Hannibal Buress and many appearances at festivals across the country such as SF Sketchfest and The Limestone Comedy Festival. It's a perspective you've likely never considered, but that you're sure to never forget.
DFW’s Monna is featuring and John L. Brown and Tom Smith are opening things up. Brian Breckenridge shall host, as always.
Show starts at 9pm.Ca$h donation$ are encouraged.