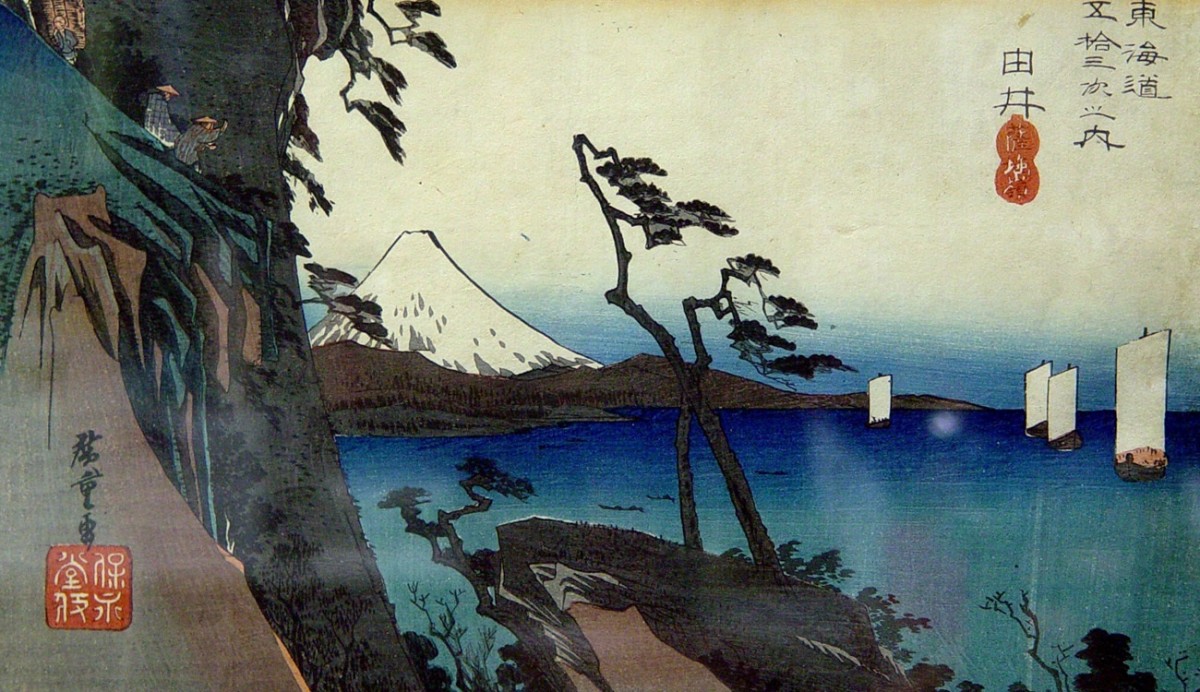 Along the Eastern Road: Hiroshige’s Fifty-Three Stations of the Tokaido

Along the Eastern Road: Hiroshige’s Fifty-Three Stations of the Tokaido
This exhibition features 55 revolutionary wood-block prints by Utagawa Hiroshige (Japanese, 1797-1858), recording the scenic views along the famous “Eastern Road” that linked Edo (now Tokyo) with Kyoto, the ancient imperial capital of Japan. This popular series, known as the Fifty Three Stations of the Tokaido Road, was published in 1834 and established Hiroshige’s reputation as the foremost artist of the topographical landscape.

In 1832, Hiroshige journeyed along the historic Tokaido, visiting the fifty-three towns and villages that dotted the road, which provided lodging, refreshments, and souvenirs for travelers. The route was traveled frequently by noblemen, merchants, religious pilgrims and tourists. Hiroshige stayed at these overnight stations and recorded numerous views of the surrounding landscape, towns and people.

Hiroshige was trained in the tradition of the ukiyo-e — “floating world”—wood-block print making. As a genre, landscape developed late in the ukiyo-e period and was greatly influenced by the prints of Katsushika Hokusai (1760-1849).