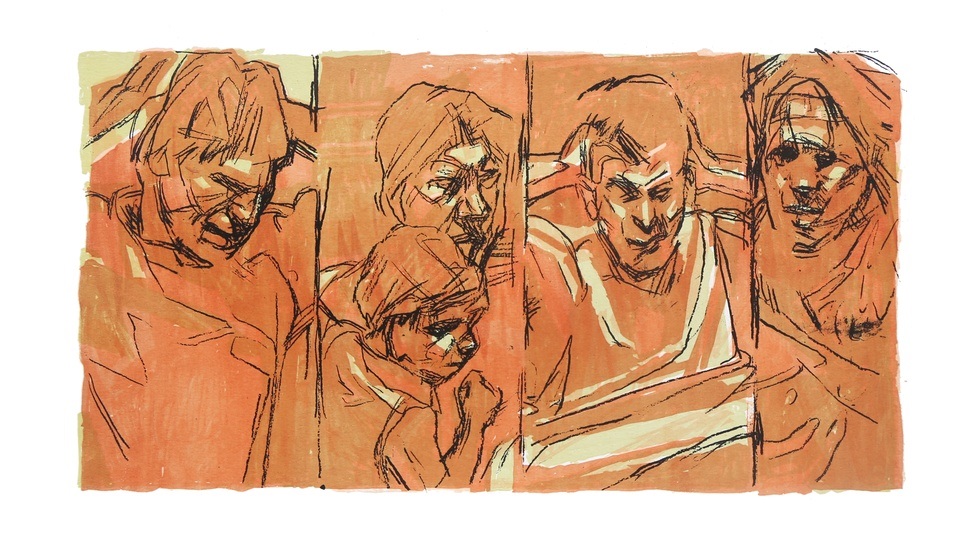 With "Vecinos," Ron Tomlinson explores the qualities of humanity through a variety of aesthetic interpretations and expressions. The exhibit showcases a number of silkscreen print editions that illustrate the beauty inherent within different cultures.

Over the years, the subject of North, South, and Central American immigration has featured prominently in Tomlinson’s work, and the proximity of Fort Worth to the Mexican border is precisely the reason why. Bearing witness to the results of thousands of border crossings while serving on the board of a nonprofit that helped asylum seekers impacted Tomlinson’s life and career. In these 20 works, he examines issues of respect, trust, safety, and dignity for all of those who seek peaceful refuge in the United States of America.

Tomlinson, who passed away in September, originally produced these prints at Mana Contemporary in Jersey City for Once We Were Strangers, a collaboration with his one-time student and longtime friend Amir Akhavan.

"Vecinos," the Spanish word for “neighbors,” is a timely, provocative, and poignant statement on our shared humanity on a subject that is both urgent and universal. A portion of the proceeds of all sales will benefit the Ron Tomlinson Foundation, a non-profit established to provide financial aid to underprivileged art students.

Ron Tomlinson was born in Boston, Massachusetts in 1945. He holds a Masters of Fine Arts from City University of New York, Brooklyn College, where he studied under the tutelage of Philip Pearlstein. He holds a Bachelor of Fine Arts from Boston University, majoring in painting as well as minoring in sculpture and psychology. He attended the Skowhegan School of Painting and Sculpture, where he studied also with Philip Pearlstein, as well as other illustrious figures such as Alex Katz, Ben Shahn, and John Cage. He has lectured on his work at various museums and universities, and was a professor of painting, sculpture, and film aesthetics at Texas Wesleyan University. His work is held in both public and private collections throughout the United States and abroad.