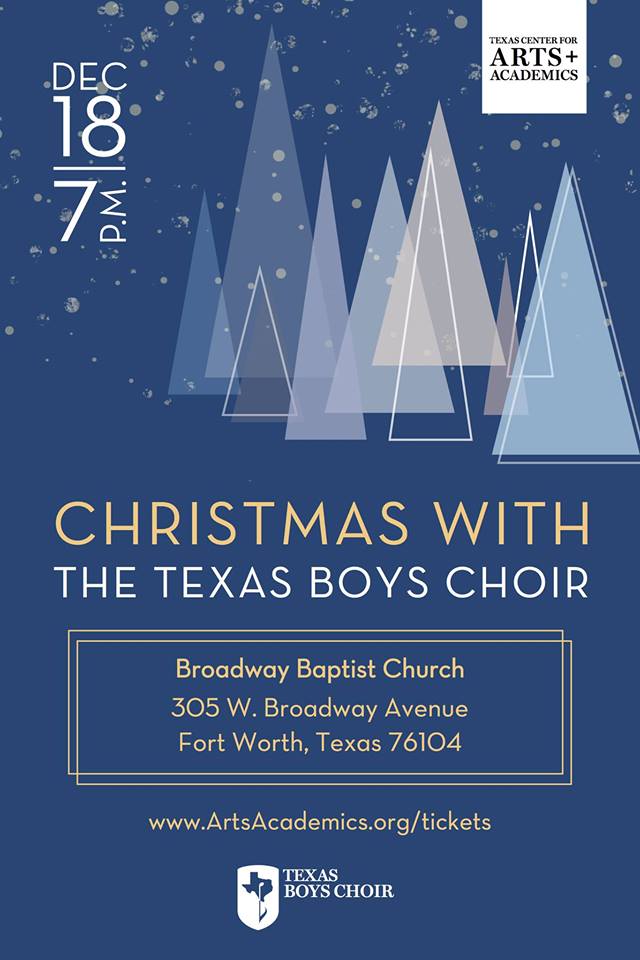 As a world-class boychoir, the mission of the Texas Boys Choir (TBC) is to develop personal excellence and to inspire a lifelong passion for choral artistry. For the past 72 years, the choir has been an educational and performance institution that has continued to provide any boy, regardless of socioeconomic or ethnic background, a structured environment in which to learn the fundamentals of world-class vocal performance.

Extensive training in both music and academics enables the choir to maintain the standard of excellence established when the choir was founded in 1946. This high level of performance has garnered TBC two GRAMMY© Awards, three George Washington Honor Medal Awards and a Bronze Award from the International Film and Television Festival. In addition, TBC has also received a championship medal in the Mixed Boys’ Choirs Division at the 2004 Choir Olympics in Bremen, Germany. Throughout the years, the choir has sung for Popes and other religious leaders, presidents, kings and other heads of state. Additionally, the choir has appeared on national television and radio broadcasts. With over 40 professional recordings with Columbia, Decca, Mark Masters and other independent labels, the Texas Boys Choir continues to earn its reputation as one of the premier boychoirs in the world.

Christmas with Texas Boys Choir is one of our oldest traditions, and we are excited to be bringing it to Broadway Baptist. This holiday concert will feature all of the Texas Boys Choir ensembles, including our Training and Intermezzo choirs, as well as our top-level ensemble, the Tour Choir. The program will feature selections from a wide range of styles and traditions, both sacred and secular, from the Renaissance to the present day. With music by Tallis, Rutter, Schubert, Ernani Aguiar, Kinley Lange, and more, kids from one to ninety-two will surely find themselves in the holiday spirit at this year's Christmas with Texas Boys Choir concerts. We look forward to sharing the season with you!