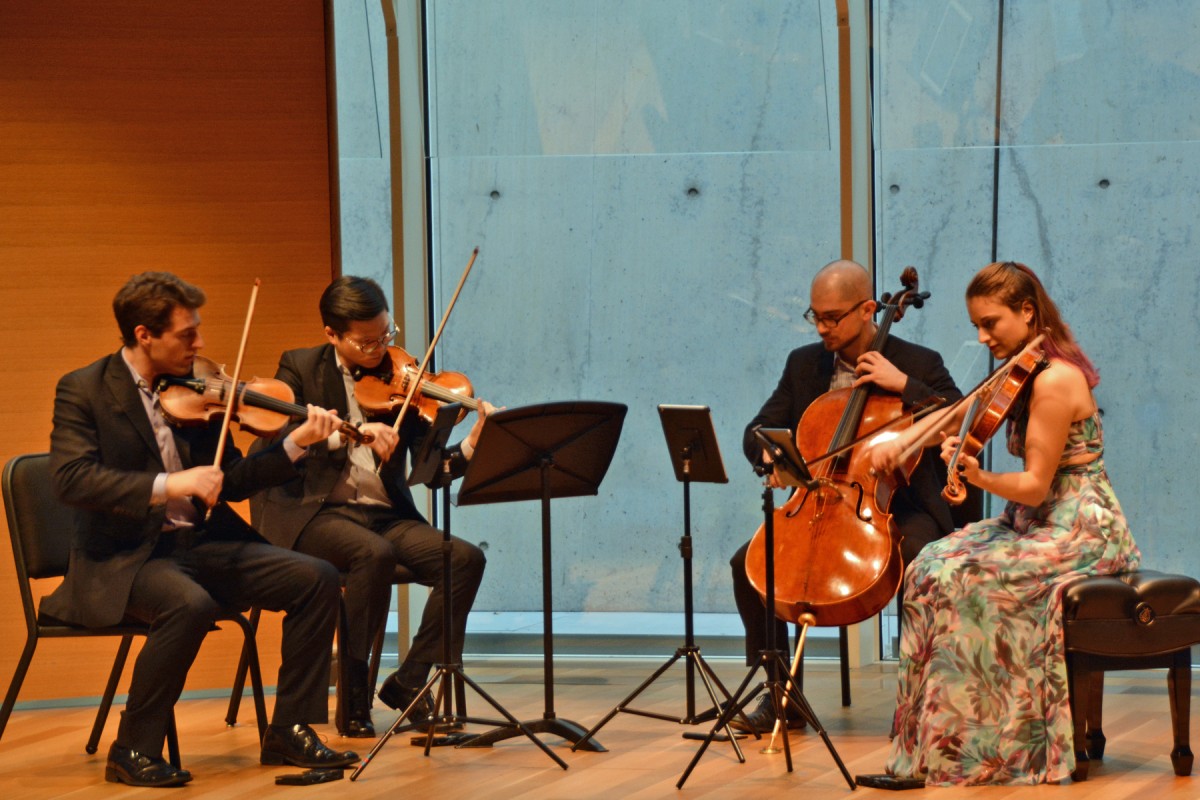 
— presented by —
Chamber Music Society of Fort Worth
0
MILES

The Chamber Music Society of Fort Worth welcomes the Dover Quartet to its concert series, Saturday, January 5, 2019, at 2:00 pm in the auditorium of the Modern Art Museum of Fort Worth.  Hailed by the Chicago Tribune as “the next Gaurneri String Quartet” and described by The New Yorker as “the young American string quartet of the moment,” gives emphasis to the concert title “Scintillating Fresh Looks.” Pre-Concert conversation with Gary Levinson, Artistic Director and Till Meyn, composer will begin at 1:15 pm.

The Dover Quartet was formed while still students at the Curtis Institute and its name pays tribute to Dover Beach composed by fellow Curtis alumnus, Samuel Barber.  The Dover’s most recent honor came in 2018 when they were announced as The Kennedy Center’s new three-year-term Quartet-in-Residence. In 2017-18, the Dover Quartet performed more than one hundred concerts around North America and Europe.  As Strad magazine observes, “With their exceptional interpretative maturity, tonal refinement and taut ensemble,” the Dover Quartet is “pulling away from their peers.”