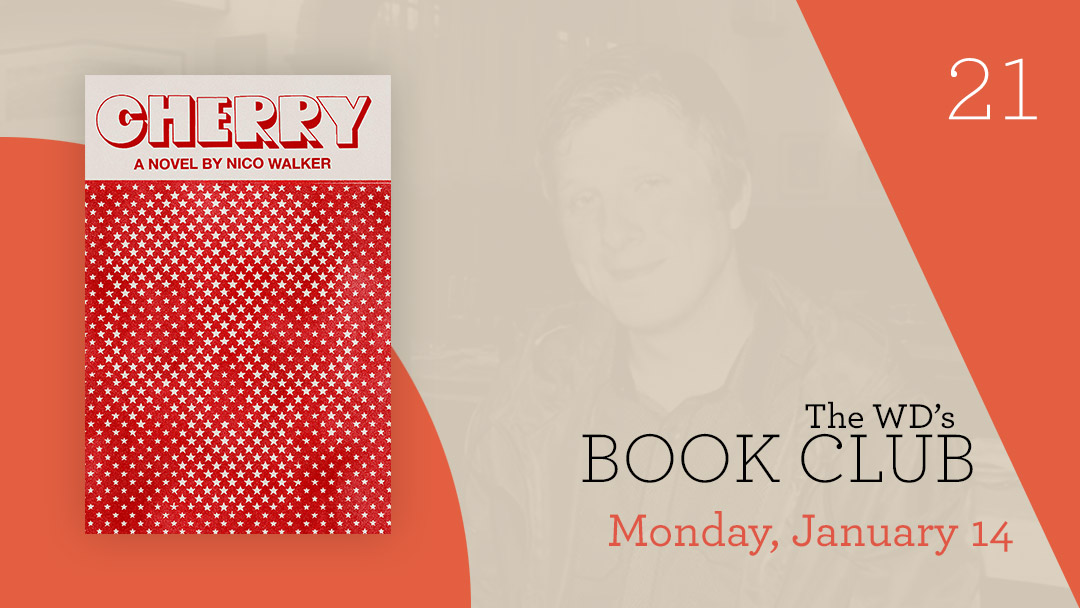 Our first pick for 2019 will be Cherry, written by a singularly talented, wildly imaginative debut novelist, Nico Walker. Cherry is a bracingly funny and unexpectedly tender work of fiction straight from the dark heart of America.

It’s 2003, and as a college freshman in Cleveland, our narrator is adrift until he meets Emily. The two of them experience an instant, life-changing connection. But when he almost loses her, he chooses to make an indelible statement: he joins the Army.

The outcome will not be good for either of them.

“Nico Walker’s Cherry might be the first great novel of the opioid epidemic.” –Vulture

“A miracle of literary serendipity. (…) [Walker’s] language, relentlessly profane but never angry, simmers at the level of morose disappointment, something like Holden Caulfield Goes to War” –The Wahsington Post

Nico Walker is originally from Cleveland. He served as a medic on more than 250 missions in Iraq. Currently he has two more years of an eleven-year sentence for bank robbery. Cherry is his debut novel.

As always, Book Club members (meaning you just show up) will enjoy a 10% discount on the next book club title and on every item they’ll ask for at the bar during the Book Club meeting.

Let’s meet up and talk Literature.