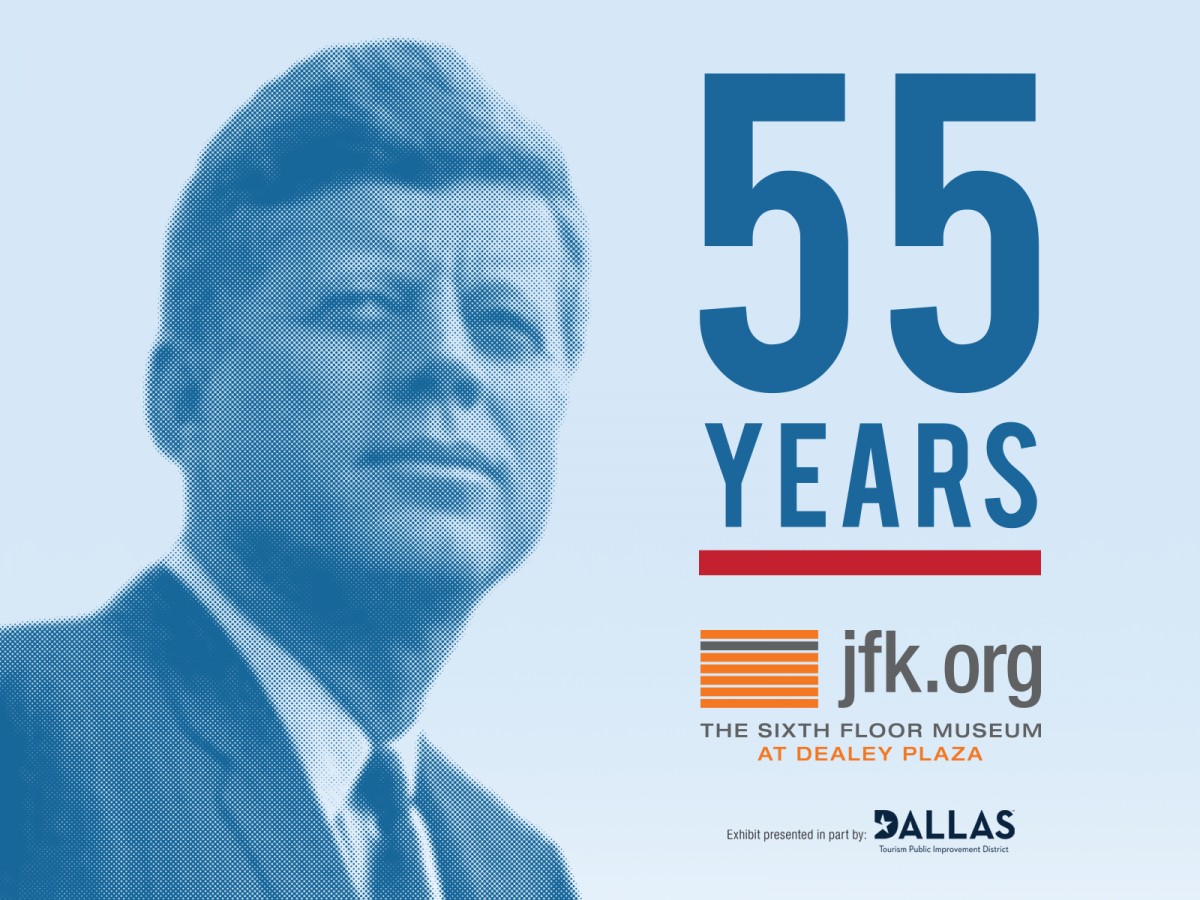 In remembrance of the 55th anniversary of the death of President John F. Kennedy, The Sixth Floor Museum at Dealey Plaza is presenting a new temporary exhibit, 55 Years. Featuring a broad representation of popular magazine covers from the last five decades, this captivating visual timeline of President Kennedy’s image reflects his lasting imprint on the nation’s consciousness and pays tribute to his life and legacy.

55 Years is included with general Museum admission and is presented with support from the Dallas Tourism Public Improvement District.