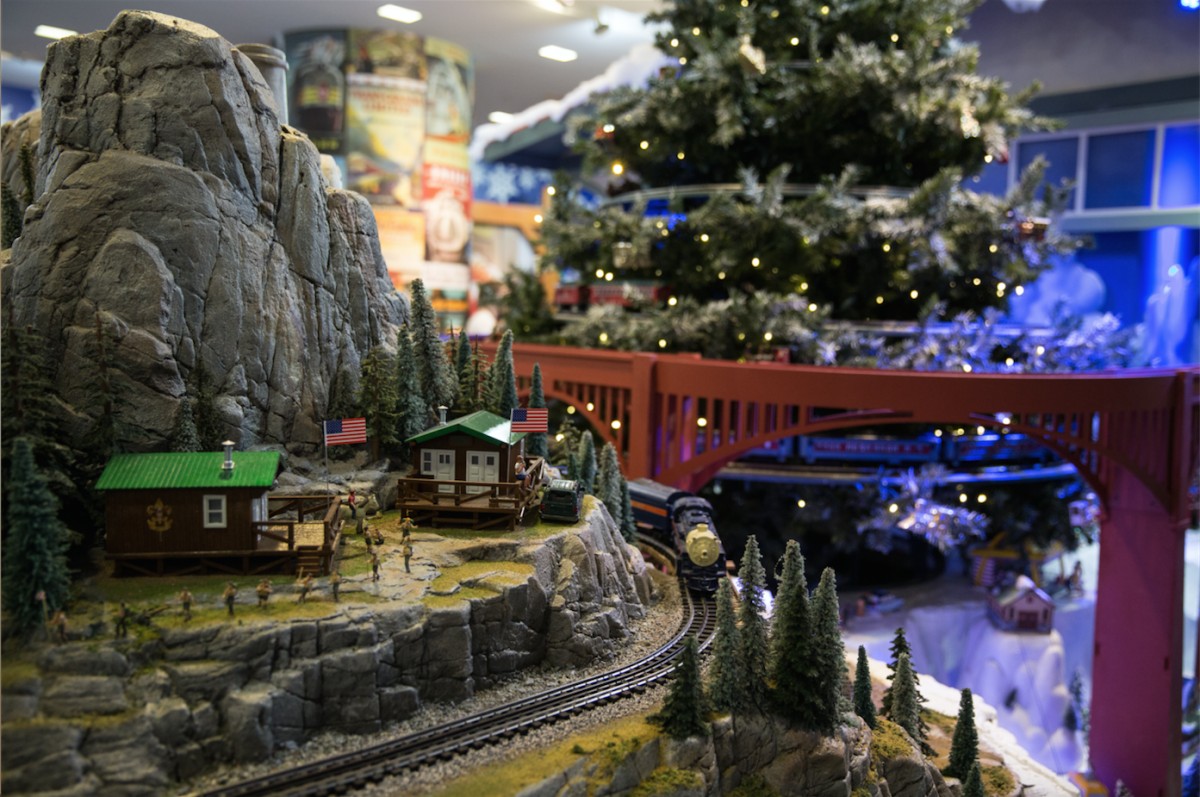 The Trains at NorthPark benefiting the Ronald McDonald House of Dallas

The Trains at NorthPark, benefiting Ronald McDonald House of Dallas (RMHD), and presented by Bank of Texas, has been a NorthPark Center tradition for 20 years. The most elaborate miniature toy trains exhibit in Texas, The Trains at NorthPark features trains rolling across 1,800 feet of track on a journey across America.

The exhibit encompasses train-themed environments with all the trimmings of the holiday train travel experience — steam engines, coach cars, a ticket booth and a train station. Each year, more than 80,000 people visit The Trains at NorthPark as a part of their holiday tradition.