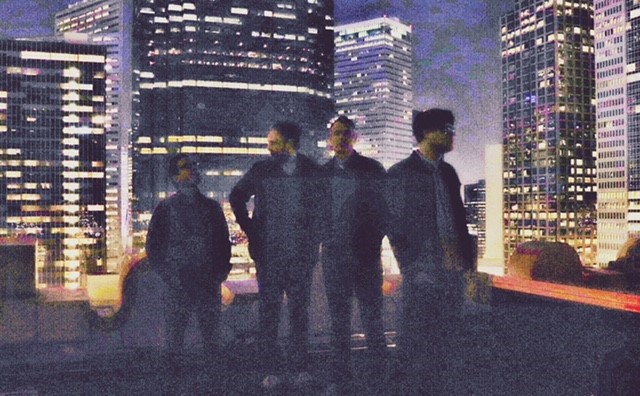 The KXT Local Show Presents Motorcade with special guests Tomorrowpeople and Cryptolog at The Kessler Theater on Saturday, January 5, 2019!

MOTORCADE have enjoyed the past year since releasing their self titled full length LP on Idol Records with reviews in print and continual spins on local and national radio stations, as well as rave reviews from their SXSW performance including NPR Music's & Sound Opinions Greg Kot, MAGNET Magazine, ChunkyGlasses and many others.

Tomorrowpeople — named after a cult, British sci-fi program — got their start in Dallas, Texas in the mid 1990s. They released two CDs, 1997's Golden Energy and 1999's Marijuana Beach. Recently reunited with a fresh lineup after nearly eight years in limbo, the group released a collection of unreleased material and are currently working on a follow-up of new songs scheduled for a release early next year.

Cryptolog are veterans of the Dallas/Denton music scene having spent time in various bands over the years. They have come together to create psychedelic, well-crafted pop tunes that lean close to Real Estate with a Sparklehorse backdrop.