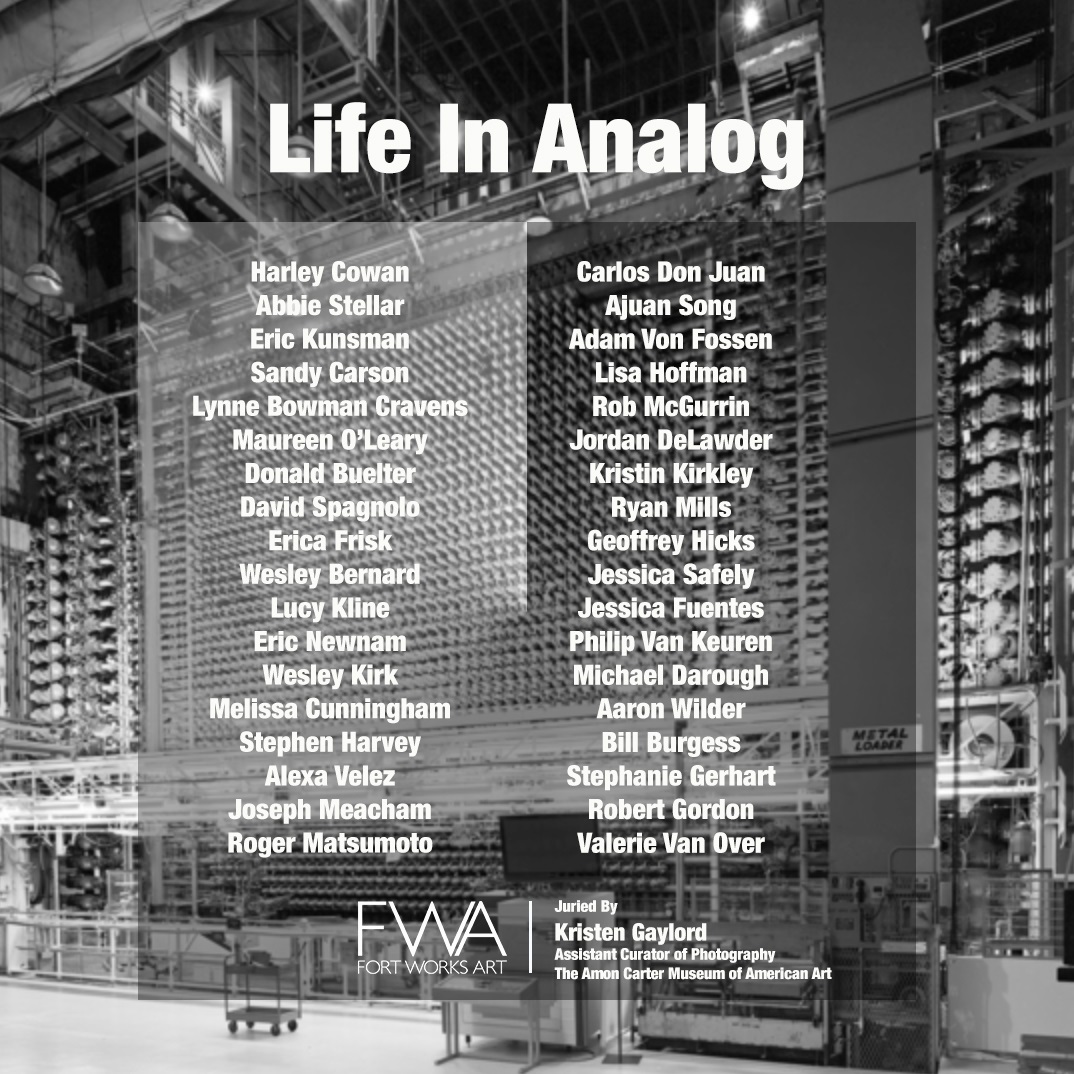 Fort Works Art is pleased to announce a reception for the open call show Life In Analog: A Juried Film Photography Exhibition. The competition will include works by 36 artists from around the country who work in film photography. The talented artists featured were selected by juror Kristen Gaylord, Assistant Curator of Photography for The Amon Carter Museum of American Art.

The exhibition will be open October 17 through November 10 with an opening reception on the evening of October 19, from 6-9 p.m.

There will be a $500 cash prize for Best in Show which will be announced at the reception. For more information, contact the gallery, [email protected] or click here.

About the juror:
Kristen Gaylord was appointed as Assistant Curator of Photographs at the Amon Carter Museum, Fort Worth, Texas in the summer of 2018. Gaylord was previously at The Museum of Modern Art, New York (MoMA), where she served as the Beaumont & Nancy Newhall Curatorial Fellow, Department of Photography, since 2015; she previously worked there as a research assistant and a curatorial intern. During her tenure at MoMA she contributed to numerous photography exhibitions and publications, including Cindy Sherman (2012); Robert Heinecken: Object Matter (2014); Christopher Williams: The Production Line of Happiness (2014); Ocean of Images: New Photography 2015 (2015); One and One Is Four: The Bauhaus Photocollages of Josef Albers (2016); Arbus Friedlander Winogrand: New Documents, 1967 (2017); and Stephen Shore (2017).