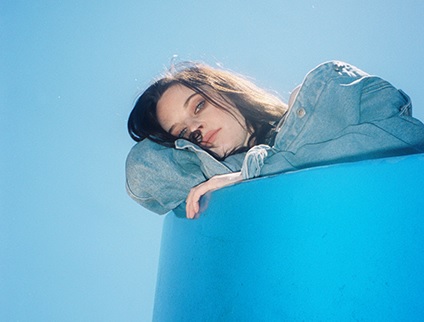 'Til Midnight At The Nasher: Negative Gemini

Join KXT 91.7 for 'Til Midnight At The Nasher featuring Negative Gemini on Friday, September 21, 2018 at the Nasher Sculpture Gardens in Dallas.

Negative Gemini (Brooklyn, NY): Negative Gemini is American songwriter, singer, and producer Lindsey French. After moving to Brooklyn in 2014, the Virginia-native released herself-produced debut album Body Work, for her own record label (100%Electronica) earning early comparisons to the likes of Hope Sandoval and Gwen Stefani. With its unique blend of underground dance beats and pop hooks, Body Work quickly found itself the darling of many music publications, garnering critical acclaim from prominent media publications like MTVnew, Resident Advisor and Fader. Already established as a strong female presence in the New York electronic music scene, Negative Gemini's new EP Bad Baby seeks to write timeless and memorable music on the fringe of pop. Written over the course of the last two years, Bad Baby chronicles the ups and downs in French’s recent life. Her 2017 single 'You Weren't There Anymore" topped the charts of music blog aggregator HypeMachine and was praised by Pitchfork and Spin among other major publications, and was quickly followed by second single "Bad Baby" which won a spot on Spotify's Undercurrents playlist. Negative Gemini just wrapped her first-ever headlining North American tour with her new EP Bad Baby released in January of 2018.

Luna Luna (Dallas, TX): The Oak Cliff-based band has skyrocketed to the forefront of the North Texas music scene as of late, with much of the attention happening throughout the first half of 2018. Their Nasher debut will likely bring many of the group’s hometown supporters to the Arts District, whereas the group is usually performing in packed clubs in Deep Ellum. Luna Luna's music videos contain a strong visual aesthetic for tracks such as "80s Tune," which has largely contributed to the group’s quickly expanding popularity.