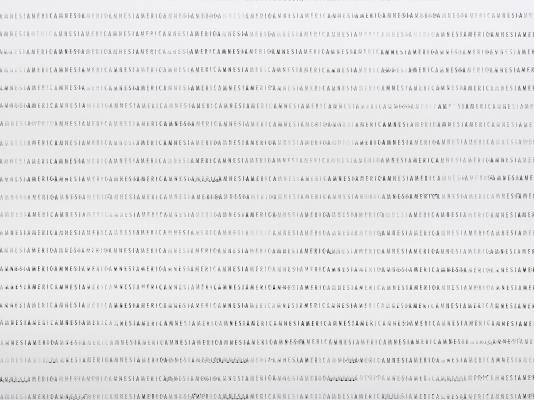 Concentrations 61 is the first solo US museum exhibition for Runo Lagomarsino, a conceptual artist of Italian and Argentine descent who lives and works in Malmö, Sweden, and São Paulo, Brazil. His work has been exhibited in group shows at the Guggenheim, the Los Angeles County Museum of Art, MCA Chicago, PROSPECT, and the Venice Biennale, among others. Transforming everyday objects and phrases into historically referential works of art, Lagomarsino considers the unstable nature of national identities. Through these deceptively simple transformations, the artist points to the histories and narratives imparted by our transnational identities and the volatile relationship between power and geography.

Concentrations 61 spans two galleries and features new commissions and previous works that have been specifically reformatted for the DMA. The first space addresses moments of colonial and neo-imperial mythmaking; the second has resonances for the current political turmoil in the United States and beyond. Lagomarsino’s language is often abstract or universalizing, implicating us all in a constellation of the constant movement of people and things.