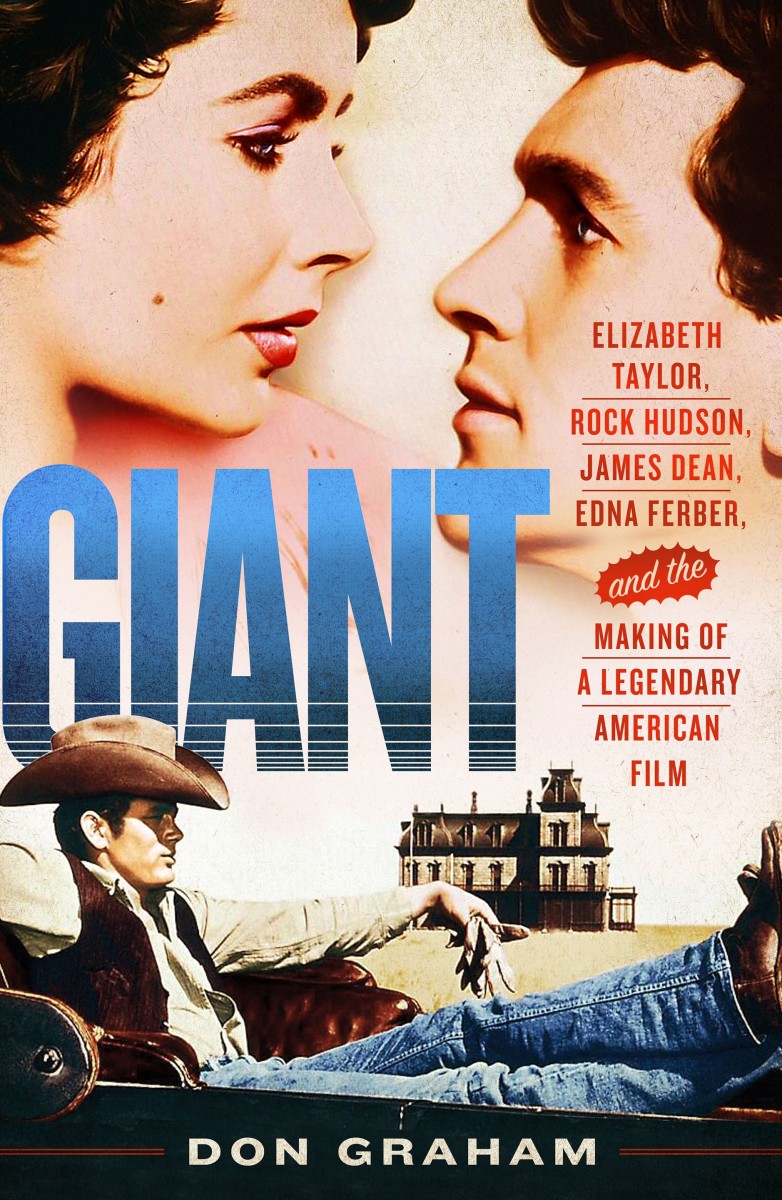 The Hollywood epic “Giant” (1956) was the first blockbuster film shot on location in Texas.   George Stevens garnered an Oscar for Best Director and the film received nine Oscar nominations.   The production of Giant garnered huge media attention, including megastars Elizabeth Taylor, Rock Hudson, and James Dean.  For the then-desolate and impoverished town of Marfa, it meant sorely needed income for local citizens who served as extras, laundry detailers, cooks, and maids.

Mr. Graham’s book explores the interpersonal relationships between Taylor, Dean and Hudson and the challenges director George Stevens had to overcome to produce this cinematic masterpiece.  Wooing Texans over was his first challenge since Edna Ferber’s novel Giant was despised by most Texans.  Stevens invited amateur film clubs to Marfa to shoot the acting and production. The author points out, "How many times would you have the chance to see Elizabeth Taylor up close?"

Born in Lucas, Don Graham is longtime University of Texas J. Frank Dobie Regents Professor in American and English Literature.  His mother, Myrtle Joyce Ballew, grew up on a farm near Allen and graduated from Allen High School, playing on the women’s basketball team.  His father, Willy Graham, was from Lucas.

Regarding his years in Lucas, Don recalls, “My early life in Collin County was, in the long run, instrumental in my becoming a writer. I received a first-rate education in the three years of schooling in Lucas, in a frontier-like one room setting with eight grades taught by one teacher, Mrs. Inez Smithy.  It was there that I developed an early love of reading. The Southern-inflected life built around cotton farming has stayed with me as a part of Texas typically overshadowed by Western imagery of cowboys and vast cattle ranches.”

Sponsored by the Allen Public Library, the program is free.  The library is located at 300 N. Allen Dr. Call 214-509-4911 for additional information.