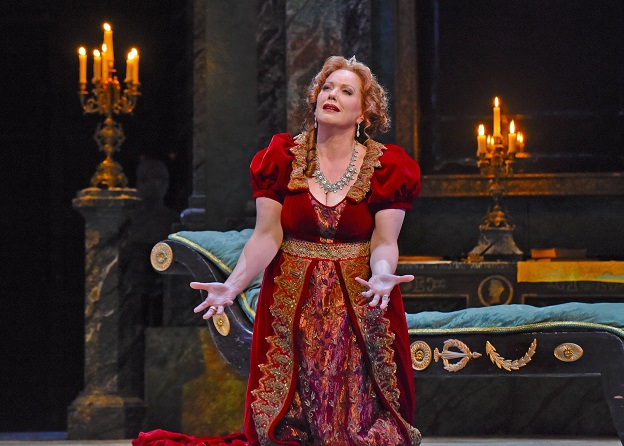 The Fabric of Opera


— presented by —
The Dallas Opera
0
MILES

The exhibit, entitled “THE FABRIC OF OPERA,” will be on view from September 12, 2018 to November 4, 2018 at NorthPark Center near the CH Carolina Herrera boutique on Level One between Neiman Marcus and Nordstrom.

The exhibition presents 22 spectacular costumes created for The Dallas Opera by some of the finest talents in the world and showcase a wide variety of historical periods and designs worn by some of the greatest opera artists of the 20th and 21st century.

The majority of these magnificent, hand-detailed costume designs are the creations of the late Peter J. Hall, who served as TDO’s resident costume designer for more than four decades.  This brilliant designer was engaged by many of the most important opera houses in the world and dressed many stars in the entertainment field as well, with a legendary client list that included David Bowie, Elizabeth Taylor, and Mick Jagger.

“The Fabric of Opera” will consist of costumes created for characters from all walks of life; from enslaved captives to matadors to royalty.  Spanning historical periods from Ancient Egypt to the Victorian Era, nearly two dozen magnificent costumes have been curated by Dallas Opera prop, set, and costume designer Tommy Bourgeois, who worked alongside Peter J. Hall for decades. Other renowned costume designers represented in the NorthPark Center exhibit include Constance Hoffman and Allen Charles Klein.