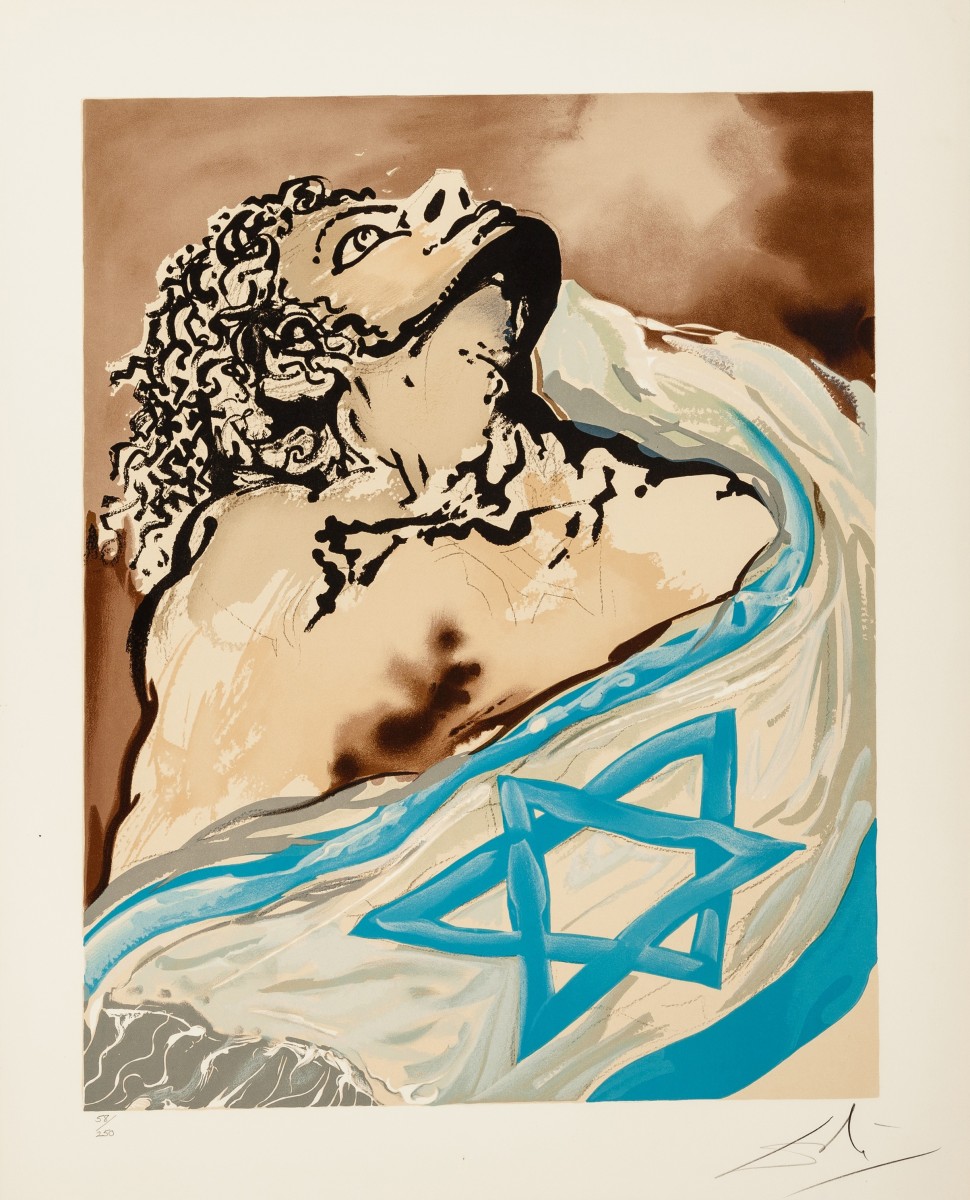 In 1966, Salvador Dalí (1904–1989) was commissioned for a series of twenty-five paintings depicting the renewal of the Jewish people for a project commemorating the upcoming twentieth anniversary of the founding of the State of Israel. Dalí took inspiration from both the Hebrew Bible as well as contemporary history to address a variety of subject matter related to Jewish history and diaspora, spanning the course of over 2,000 years. He completed his mixed media paintings in gouache, watercolor, and Indian ink on paper, and the paintings were then reproduced as lithographs and published in a limited edition of 250 sets of twenty-five lithographs each. Titled Aliyah, a Hebrew word that literally means “migration to the land of Israel,” the prints were offered for sale and dispersed following their exhibition in 1968; there are only a handful of complete sets known today.

On view for the first time since its acquisition by the museum in 2017, a rare complete set of the lithographic prints offers a contrasting complement to Dalí: Poetics of the Small, 1929–1936. The set was generously given to the Meadows Museum by Linda P. and William A. Custard in celebration of Meadows Museum advisory council member Janet Pollman Kafka and her twentieth year as Honorary Consul of Spain in Dallas.