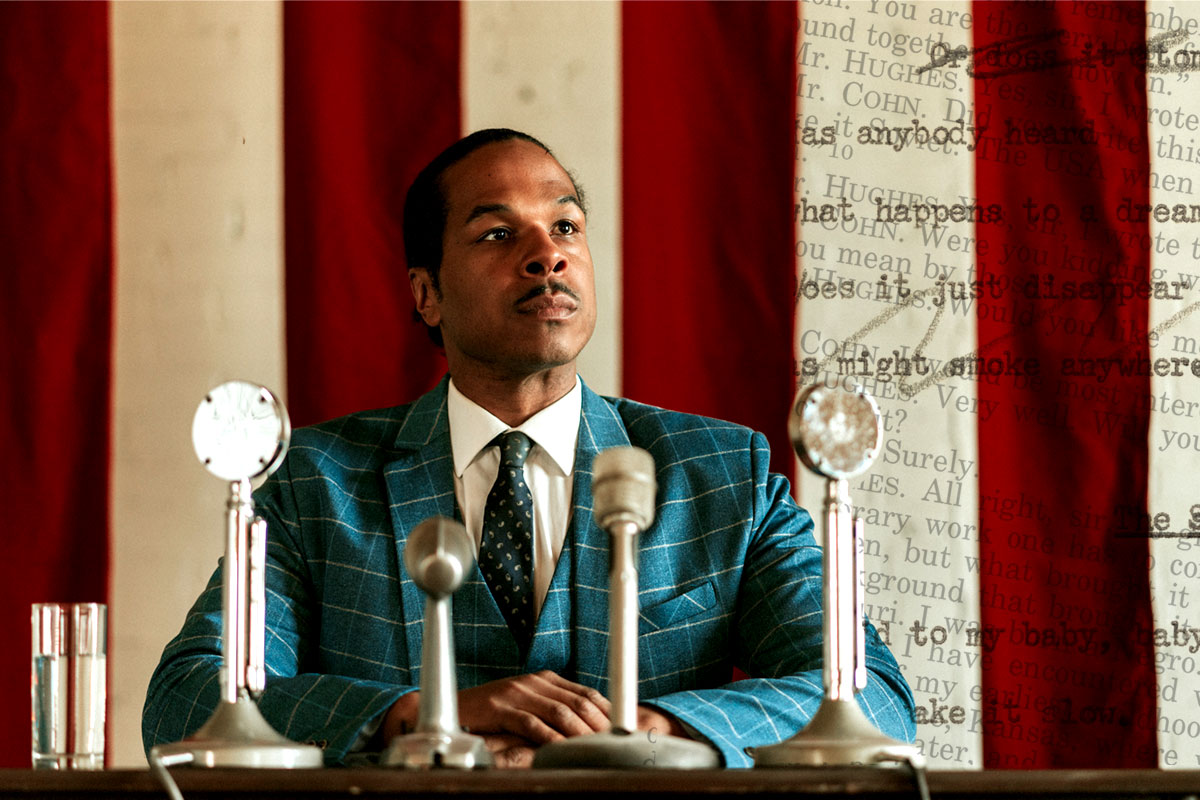 Are you now, or have you ever been... by Carlyle Brown

On the eve of his appearance before the Senate Permanent-Sub-Committee on Investigations on Un-American Activities led by Senator Joseph McCarthy, American writer Langston Hughes fitfully attempts to compose a poem. As accusations whirl, censorship abound, and freedoms are called into question, this inspired-by-true-events lyrical drama not only examines the necessary relationship between art and politics, but also the emotional and deeply personal connection between artist and craft in the face of oppressive power.