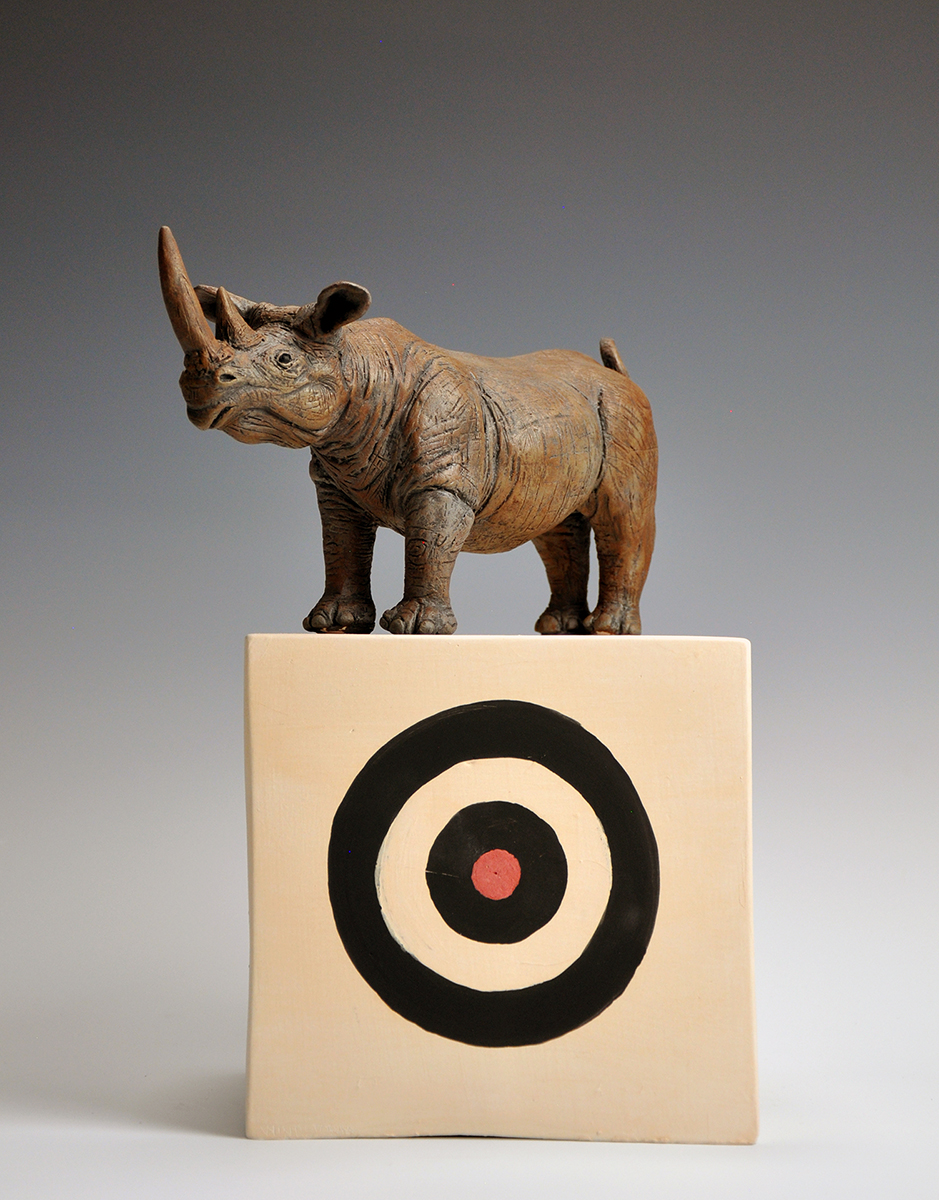 With center stage on endangered animals of Asia, Texas sculptor and clay artist, Stormie Parker has uncovered several dirty truths about some of the biggest, most iconic and celebrated animals in the world. Her work casts doubt on the survival of these animals within the largest, most densely populated continent of the world, as well as other animals in danger of extinction worldwide.

Working from her studio in the heart of the Fort Worth Nature Center, Parker starts her new show with the slaying of the rhinoceros. Her sculpture, On the Brink, shows a large Asian Black Rhinoceros teetering dangerously on the tip of a much larger rhino horn. The scene is supported by an intricately carved Chinese-style pulpit.

In Asian Money she has placed a rhinoceros atop a shadow box, which displays flags of both Vietnam and Japan, explaining that, “They are two of the biggest buyers of rhino horn in the world.” Other cavities in the box contain various rhino horn artifacts next to a mortar and pestle.

“In Vietnam it’s prestigious to add crushed rhino horn to drinks,” Parker said. “And in China the powder is used as medicine and aphrodisiacs.”

Endangered animals featured in Parker’s second show include but are not limited to: a Giant Panda Bear resting recklessly above a cityscape of Shanghai, China; polar bears precariously perched on melting glaciers; Pigmy Three-toed Sloths clinging to their last vestige of habitat; a Tsushiam Yamaneko leopard (domestic-cat-size wild cat} of Tsushima Island, Japan; a Red Crowned Crane on top of a yard-high Japanese lantern; and with Starry Night, Parker carries on a vigil for the rapidly vanishing elephant that was set into motion at the onset of her Endangered Series debut entitled Elephants.