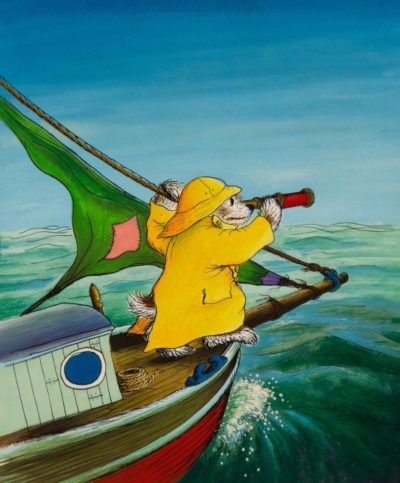 Garth Williams: Illustrator of the Century

The Garth Williams exhibition is organized and toured by the National Center for Children’s Illustrated Literature in Abilene, TX. It presents original work from 28 of Garth William’s most beloved books, including Charlotte’s Web, The Little House on the Prairie and a number of Little Golden Books.

Garth Williams: Illustrator of the Century, curated by Leonard S. Marcus, is by far the largest retrospective of the artist’s work ever assembled. In addition to presenting original work for 28 of Williams’ most beloved books, the exhibition also explores such lesser-known facets of the artist’s career as Williams’ journeyman efforts as a London portrait artist and New Yorker cartoonist and his occasional forays into advertising. Preliminary drawings offer rare glimpses of Williams the agile and tireless perfectionist at his drawing table, while final art for the Wilder series, Charlotte’s Web, and many others allow us an unexpectedly intimate look at illustration art that we as readers have held dear all our lives.

It is free to view September 8 through January 27 in Irving Arts Center’s Dupree Lobby Gallery.