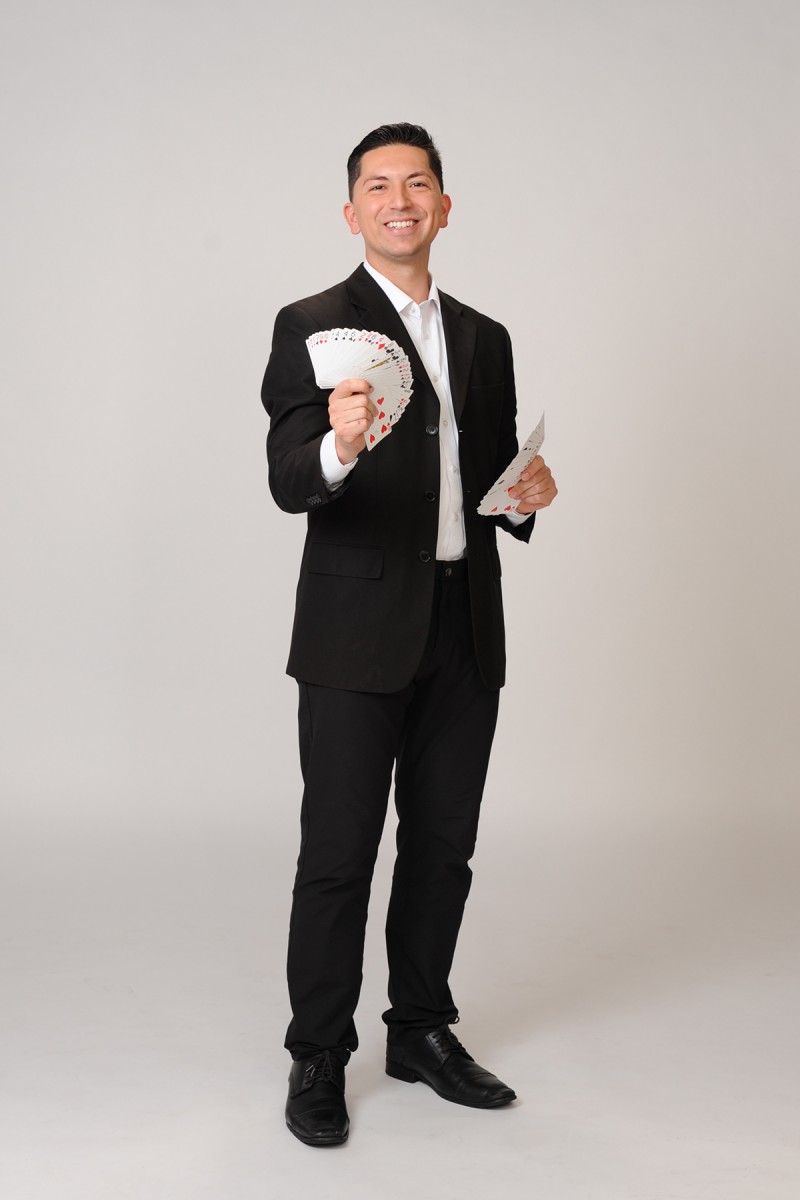 Magic of the Night

Beginning August 3rd, the Sherman Community Players will present “Magic of the Night” an original one-man magic act performed by magician Rudy Reynoso.  Mr. Reynoso brings over 15 years of experience to the players annual summer fundraising benefit.  Having performed his playing card centered magic act all over the southern United States as well as Internationally, Reynoso has devised his act to be centered on the vast 70 plus year history of the Sherman Community Players.

This benefit performance is an original work conceived by Reynoso and SCP Artistic Director Anthony Nelson.  “I’m really intrigued about the story of Miss. Esther Strong and her journey to the Little Theatre Tournament.” Explains Nelson, “We still have the trophy from 1926 proudly displayed in the Finley Theater lobby.  Its really a cool memento to have, it has helped SCP track its history.”  Next season SCP will be celebrating it’s 70th anniversary, having a short dark period during World War Two and the Great Depression, the players reunited in 1948, having the Finley Culture Center built in 1954 on land donated  by Lyndall Finley-Wortham.

Also featuring Dr. Fred Freeman and his eight-piece orchestra, Freeman has orchestrated more than twenty jazzy numbers that are influenced with the theme of “magic”.  FEAST ON THIS! will provide the three-course catered meal, while patrons enjoy great food, a magical floor show, and live music.  This fundraiser is always a highlight to the final performance of the SCP’s Mainstage season.

To purchase tickets call 903-893-7652, leave a message and a SCP representative will get back to you asap.  $45 per reservation, sponsor level tables are still available as well.  For more information on sponsoring any SCP event call 903-893-8252 or visit SCPTHEATER.ORG for details about upcoming events at the Sherman Community Players.