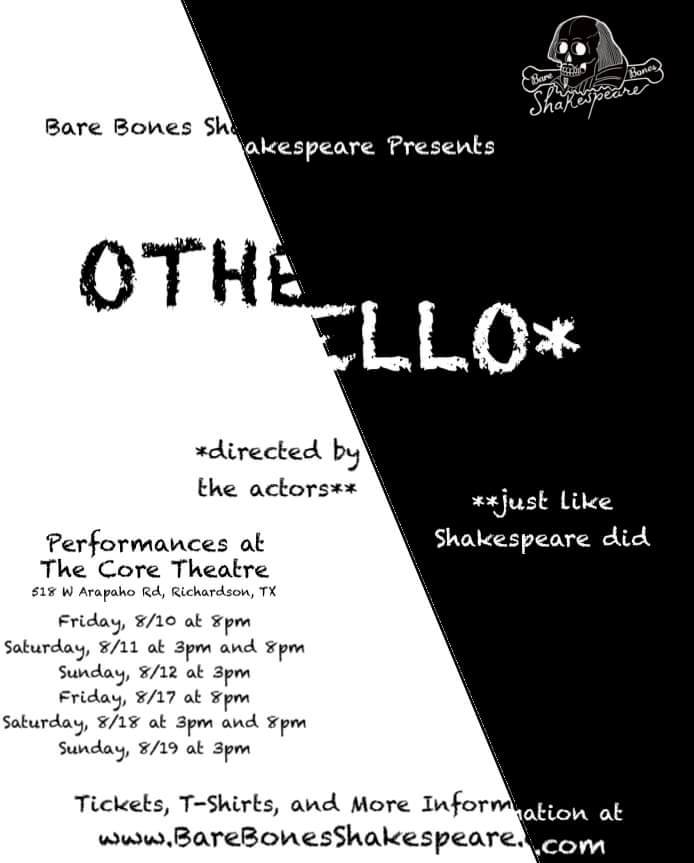 A little doubt is all it takes to ruin relationships and lives. Othello's best friend, Iago, decides to undermine Othello in any way he can. Since Othello is the superior warrior, Iago can't face him on the battlefield -- instead, he works to destroy Othello's relationship with his new wife, Desdemona. By pretending friendship one minute and manipulating Othello's friends and feelings the next, Iago succeeds at his vicious goal, to the doom of Desdemona, Othello, and ultimately Iago himself. The destroyer is destroyed, but it is up to the audience to decide if any real justice was done.
We at Bare Bones Shakespeare work to challenge stereotypes and assumptions. Our signature Company Directed style allows the actors to choose for themselves how to illuminate the text and bring these characters and their relationships to life.