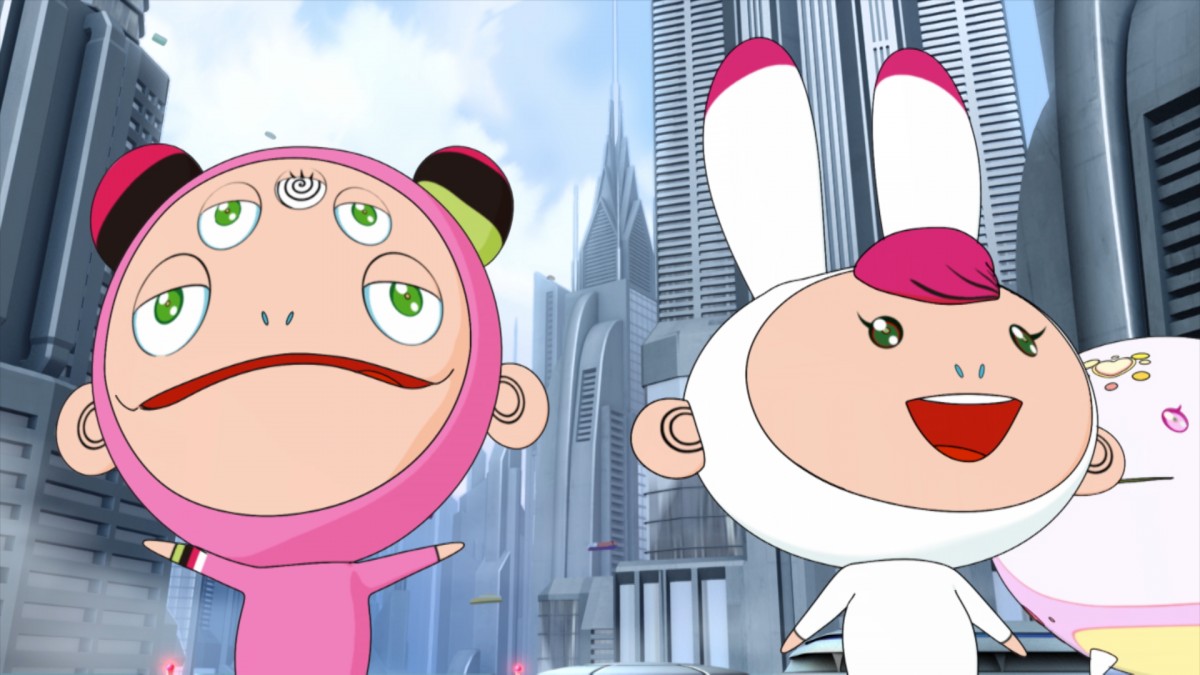 The Kaikai Kiki short animations offer a special opportunity to follow the characters, Kaikai and Kiki, through light hearted yet momentous adventures while getting a glimpse into the artistic processes and practice of the artist Takashi Murakami. Murakami brought these two charming characters to life through one of the long-standing genres of Japanese anime: space wars. As with the artist’s broader practice, these short animations present us with adorable characters who reflect their own innocence while conveying the deeper and sometimes darker realities of the larger world.

Six Heart Princess (6HP) is an in-progress 15-episode TV animation series Takashi Murakami has taken on years after the Kaikai Kiki short animation project. The artist explains on his animation studio Poncotan's website, “I started planning Six Heart Princesses (6HP) wanting to explore a critical work that would build on the tradition of “majokko (magical girl)” genre of anime. The Japanese fascination with queens embodies our long-held complex about the Western hierarchical class system since the Meiji era (1868 - 1912). When I had the chance to do an exhibition at the Palace of Versailles, the ultimate symbol of hierarchy and class where Louis XIV and Marie Antoinette once lived, I thought of including a Japanese anime, which had evolved and developed in a highly unique manner. And so, I created a short animation in the princess genre.”

These screenings offer a rare and special opportunity for their audience, as Takashi Murakami, one of this century’s most important visual artists, seeks to quench his insatiable need to create with yet another ambitious and fruitful artistic endeavor with these two delightful and poignant animation series.

Tuesday Evenings at the Modern: Films is a summer extension of the lecture series. This film-based weekly program runs through the summer months and strives to continue the consideration of ideas and issues pertaining to the art and architecture of the Modern, as well as to contemporary art in general. The screenings this summer focus on the films and recommendations of the artist Takashi Murakami. Visit www.themodern.org/films for more information.

To create a full experience, these presentations include a brief introduction and opportunity for discussion following the films. Seating is available in the Modern's auditorium at 6:30 pm, and the program begins at 7 pm. The museum's galleries are open until 7 pm on Tuesdays during the series. This program is free and open to the public. Up to two free tickets can be obtained at the information desk beginning at 5 pm the day of the screening.