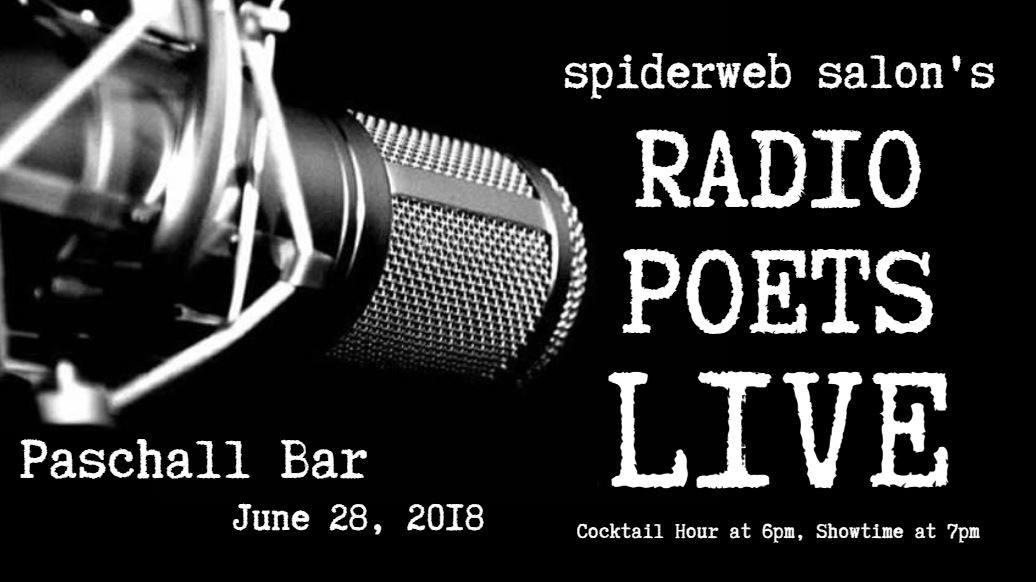 Did you know Spiderweb Salon has been recording and producing poetry for the radio since february of this year? It's true! You can tune in to Brains of Paradise every Monday evening for a new dose of spoken word by DFW-based writers, and for one night only on June 28 you can catch the poets we've already had the pleasure of recording perform LIVE at Paschall Bar!

Dress to impress (if you so choose), mingle with mainstay Spiderweb artists + new friends alike during our cocktail hour from 6-7 pm, and enjoy spoken word by the poets helping us bring truth and light to the radio waves.

we're a group of writers & artists working, creating, sharing, & surviving in the world. most of us live in north texas. our goals are simple: to create & collaborate constantly, to curate places, events, and publications where folks can share their work, and to strengthen friendships & have fun while supporting one another.

we've been just about SIX years now (since summer 2012), which has resulted in something like 80 showcases, countless workshops, dozens and dozens of zines, a dinosaur parade, a protest march, a pool party, a fake wedding, a few batches of beer, a collaboration with the Dallas Museum of Art, late night poetry benders, a podcast series, a small residency program, and many fundraisers supporting our local animal shelter, Friends of the Family, and most recently, the resistance against the Dakota Access Pipeline. over the years we have featured hundreds of artists at our shows, both local and traveling, and have proudly witnessed many of our members make incredible things happen near & far.

our collective is currently roaming and does not have a regular venue. we operate mostly out of homes, bars, basements, bookshops, backyards, and the occasional art gallery.

in 2016, the dallas observer named us Best Literary Arts Group in DFW.