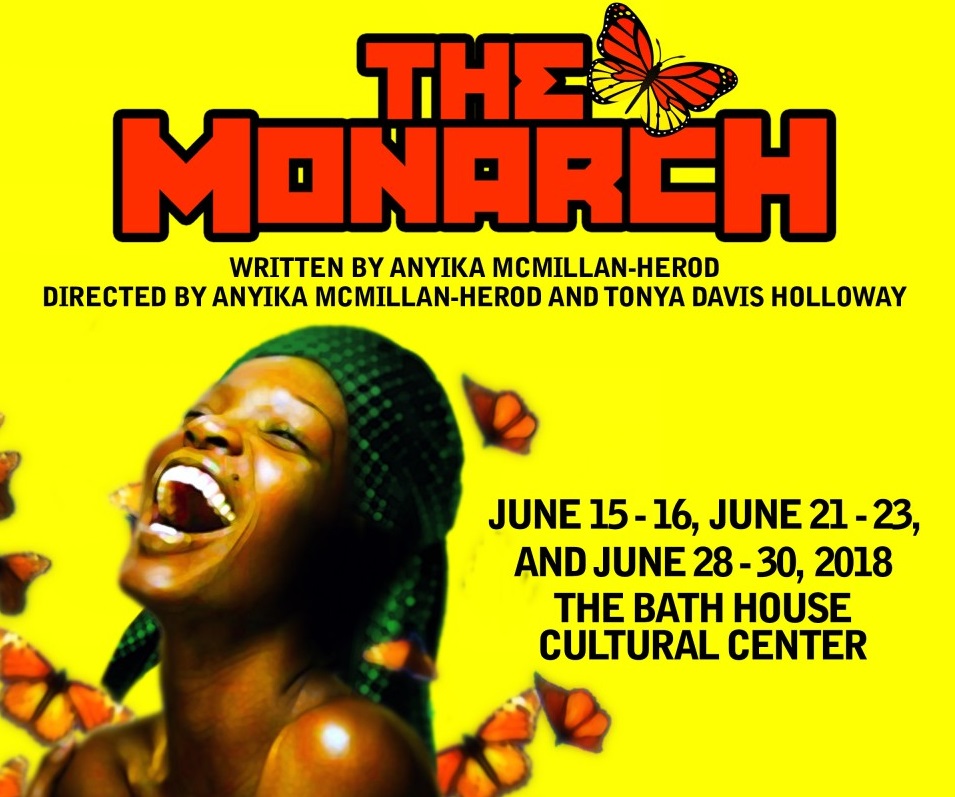 'The Monarch' Presented by Soul Rep and Echo Theatre

Soul Rep and Echo Theatre Present the World Premiere of

Soul Rep Theatre Company is ecstatic to collaborate with Echo Theatre in co-producing the world premiere of THE MONARCH, written by Soul Rep Co-Founder and area playwright, Anyika McMillan-Herod. The production is co-directed by McMillan-Herod and Tonya Holloway, Soul Rep’s Co-Artistic Director and Co-Founder. The production will run June 15 – June 30 at the Bath House Cultural Center, located at 521 E. Lawther Drive, on the east shore of White Rock Lake.

With THE MONARCH, McMillan-Herod has turned her own personal experience with breast cancer into an inspiring, dark, warm, and sometimes humorous exploration of the human spirit. Through this play, she has transformed pain into stirring theater. “I am so grateful for the opportunity to finally put this production on its feet,” explains McMillan-Herod, who will be celebrating 10 years of remission from Stage 3 breast cancer later this month.  “This has been my labor of love for the past six years and thanks to the generous support of my Soul Rep family and Echo Theatre, THE MONARCH is finally getting its wings!”

THE MONARCH has been through quite a bit of development, with its first staged reading six years ago at the South Dallas Cultural Center. It was further developed through the Dallas Theater Center’s Dallas Playwrights Workshop, led by Will Power, in 2015. Excerpts from the play were featured in Soul Rep’s 9th New Play Festival that same year. This past March, the latest iteration of THE MONARCH was featured in Echo Theatre’s ECHO READS SERIES. This beautifully poetic play follows four breast cancer survivors.  Each woman has her own story, her own emotional journey, and her own method of survival.  “There was such an amazingly strong reaction to this play, that we decided to give it a full production,” says Terri Ferguson, Artistic Director of Echo Theatre.