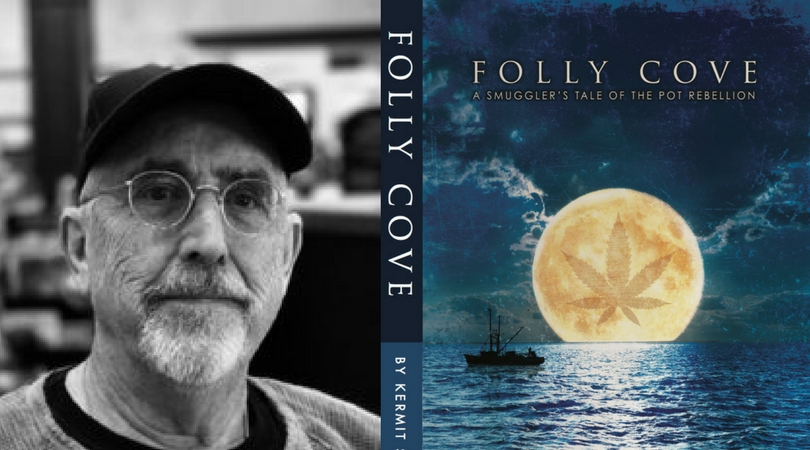 Want to know how one man helped smuggled more than 27 tons of pot in three nights? Find out April 19th! Kermit Schweidel will be in the store discussing his newest book "Folly Cove."

Against a 1970s backdrop of Vietnam, political corruption, and radical activism, comes the true story of a loose confederacy of thrill-seeking opportunists and disaffected veterans who pulled off the largest, most audacious pot smuggle yet attempted―over twenty-eight tons of primo Colombian headed for the densely populated coast of Massachusetts in a rusty shrimp boat at the height of hurricane season. From the borderland of El Paso to the High Sierra of Mexico to the coast of South America and back, this is how they parlayed their first puff into truckloads, planeloads, and ultimately, the mother lode. Folly Cove is a high-spirited tale of the early days when the business of pot was a benign crusade to keep America high.“A lot of people got high, a few people got rich, and nobody got hurt. As far as we were concerned, we broke a law that was already broken.”

Kermit Schweidel, co-founder of a successful Dallas advertising agency, grew up in El Paso, the site of a brief but eventful detour that would bring him face to face with the Department of Justice and result in a felony conviction. It is a label he has worn without regret: "I am troubled only by the chronically painful regret of a screaming lower lumbar. An illicit toke or two in the evening helps dull the pain and remains the organic remedy for a restless mind and the perfect way to laugh, to live, and to never take yourself more seriously than a fart in the wind."