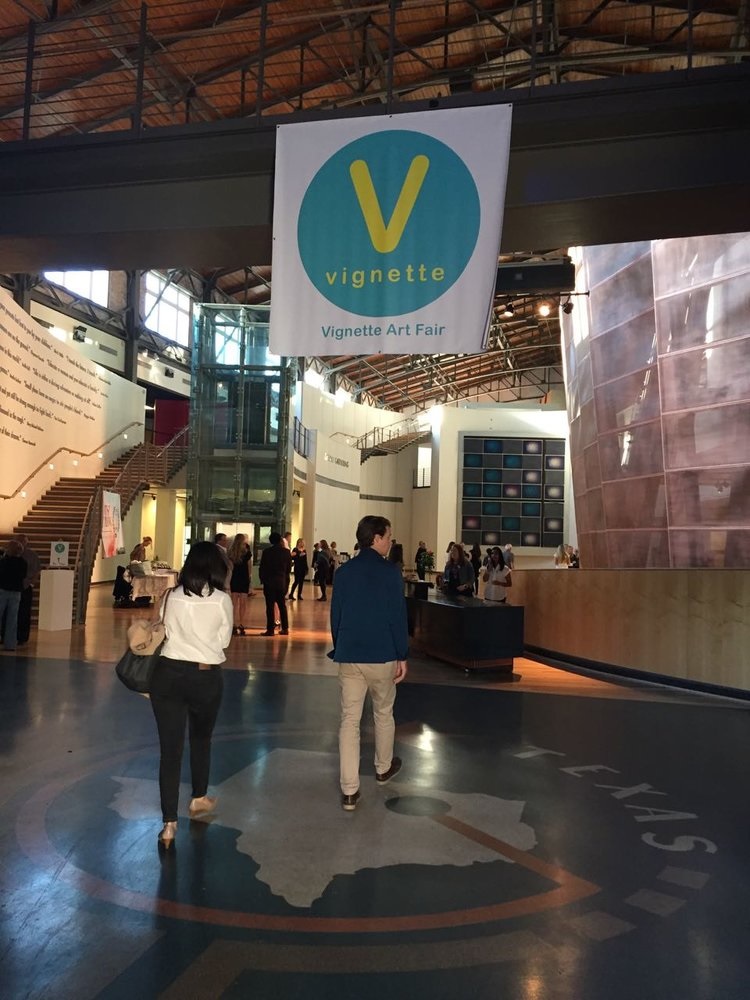 The second annual Vignette Art Fair presents work of women from across Texas.

In literary terms, a vignette is a brief description meant to give a detailed portrayal of a character or scene. One can also use the technique of vignetting, in photography, to highlight an area of an image that the artist wants the viewer to focus on. In art and graphic design, however, the vignette is a small or repetitive image often placed around borders and relegated to the background, as it is thought of as simply decorative. Vignette Art Fair was conceived along these lines as an alternative fair that highlights talent that has been under-recognized and made ancillary by art institutions and establishments. This satellite fair will bridge the gap between local and international art scenes by displaying the work of creative female, and female identifying, minds during a time when the international art market descends on the city.

The general exhibition, containing traditional 2d and 3d works, will be curated by the San Antonio Museum of Art’s Erin K. Murphy. This year's fair will expand upon the successful programming of 2017 to include Virtual, an exhibit dedicated to New Media Art and curated by New Media artist and entrepreneur Jessie Moncrief, and Venture, a showcase of interactive art mediums, such as social practice, installation, and performance art, curated by social-practice artist and curator Dee Lara. We will once again offer Viewpoints, a series of panel discussions with local, female industry leaders, and Vocations, featuring local women-owned businesses.