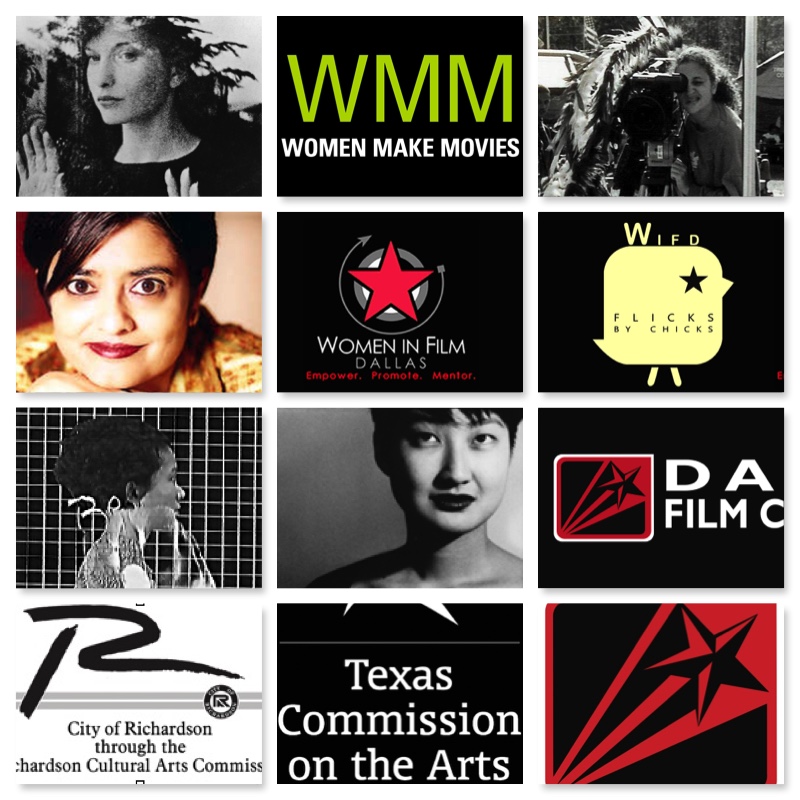 Women and the Movies They Make

Women and the Movies They Make

When women’s liberation swept the nation in the early 1970s, women began making more films than ever before. Women Make Movies was there to train, support and distribute feminist films, and they continue to do so today. As The Women’s March, #metoo, #TimesUp and #blacklivesmatter generate new waves of feminist activism, we look back at the ways women have used their creativity and passion behind the camera. In this program, we screen a selection of films from the Women Make Movies catalog that highlight the power and persuasion of feminist cinemas across the ages and across the globe.

Co-presented by Women in Film Dallas and Flicks by Chicks

Women Who Made the Movies -- this is the featurette.

A film by Gwendolyn Foster and Wheeler Dixon

WOMEN WHO MADE THE MOVIES traces the careers and films of such pioneer women filmmakers as Alice Guy Blaché, Ruth Ann Baldwin, Ida Lupino, Leni Riefenstahl, Dorothy Davenport Reid, Lois Weber, Kathlyn Williams, Cleo Madison, and many other women who made a lasting contribution to cinema history with their films. Featuring clips from the films, rare archival footage and stills, WOMEN WHO MADE THE MOVIES brings to life the works of these remarkable women. Critical viewing for all those interested in the history of cinema.

In FANNIE'S FILM, a 65-year-old cleaning woman for a professional dancers' exercise studio performs her job while telling us in voiceover about her life, hopes, goals, and feelings. A challenge to mainstream media's ongoing stereotypes of women of color who earn their living as domestic workers, this seemingly simple documentary achieves a quiet revolution: the expressive portrait of a fully realized individual.

A film by Jane Campion

A confronting and realistic short drama by Academy Award-winning director, Jane Campion, about sexual harassment in the office. A young office worker alleges her boss sexually harassed her when she worked late at his request. She loses her job as a result of the claim. The investigator for the case finds it difficult to gather evidence from the tight-lipped and uncooperative office workers. Delicately drawn, AFTER HOURS raises important questions about discrimination, sexual harassment, gender relations and the interpretation of events.

A film by Tracey Moffatt

This stylistically daring film audaciously explores the history of exploitation between white men and Aboriginal women, juxtaposing the “first encounter” between colonizers and native women with the attempts of modern urban Aboriginal women to reverse their fortunes. Through counterpoint of sound, image, and printed text, the film conveys the perspective of Aboriginal women while acknowledging that oppression and enforced silence still shape their consciousness.

A film by Ngozi Onwurah

This lyrical, unsettling film conveys the experience of children of mixed racial heritage. Suffering the aggression of racial harassment, a young girl and her brother attempt to wash their skin white with scouring powder. Starkly emotional and visually compelling, this semi-autobiographical testimony to the profound internalized effects of racism and the struggle for self-definition and pride is a powerful catalyst for discussion.

A film by Mona Hatoum

In this resonant work, Palestinian-born video and performance artist Mona Hatoum explores the renewal of friendship between mother and daughter during a brief family reunion in war-torn Lebanon in 1981. Through letters read in voice-over and Arabic script overlaying the images, the viewer experiences the silence and isolation imposed by war. The politics of the family and the exile of the Palestinian people are inseparable in this forceful, moving video.

A film by Pratibha Parmar

Made in memory of Kalbinder Kaur Hayre, a young Indian woman killed in 1985 in a racist attack in England, SARI RED eloquently examines the effect of the ever-present threat of violence upon the lives of Asian women in both private and public spheres. In this moving visual poem, the title refers to red, the color of blood spilt and the red of the sari, symbolizing sensuality and intimacy between Asian women.

A film by Helen Lee

A large black mole above an Asian woman's breast serves as a metaphor for cultural and racial difference in this engaging experimental film. Offscreen women's voices and scenes from THE WORLD OF SUZIE WONG parallel and counterpoint Sally's own interracial relationships and emerging self-awareness. A provocative and stylish meditation on Asian femininity.

A film by Fatimah Tobing Rony

King Kong meets the family photograph in this provocative experimental video exploring the West's insatiable appetite for native bodies in museums, world's fairs, and early cinema. Intertwining personal narrative about race and identity in the U.S. with layered footage, artifacts and video effects, ON CANNIBALISM looks back at anthropological truisms with outrage and irony.

Your Name in Cellulite

A film by Gail Noonan

A wickedly funny satire about the disparity between a woman's natural beauty and the ideal promoted by the mega-billion dollar advertising industry, this animated film shows us how far we will go to change the shape of our bodies to meet the demands of an impossible image. But the picture-perfect exterior can be maintained by our heroine only if she restrains her body's natural spontaneity. YOUR NAME IN CELLULITE visually ponders at what point the body will say "Enough is enough!" and take matters into its own hands.

A film by Malinda Maynor

REAL INDIAN is a lighthearted, very personal look at the meaning of cultural identity. As a Lumbee Indian, the filmmaker is constantly confronted with the fact that she doesn't fit any of society's stereotypes for Native Americans. Those stereotypes are imposed by both whites and other Indians, alienating the filmmaker from many of the conventional definitions of Native American identity. REAL INDIAN is a unique look into the fascinating and complex world of Lumbee Indian culture and makes the viewer question perceptions of Native Americans, as well as the meaning of our own cultural identity.

All Water Has a Perfect Memory

A film by Natalia Almada

ALL WATER HAS A PERFECT MEMORY is a poignant experimental documentary that explores the effects of tragedy and remembrance on a bi-cultural family. At seven months old, filmmaker Natalia Almada lost her two-year-old sister, Ana Lynn, in a drowning accident at her childhood home in Mexico. Inspired by an essay written by Toni Morrison, in which she speaks of the Mississippi River’s ability to conjure memories, this moving piece serves as a meditation on the cultural and gender differences between the filmmaker’s North American mother and Mexican father in the face of their daughter’s death. Through personal recollections narrated by each family member, including her brother, Almada incorporates Super-8 home movies, photographs and fabricated images to weave together a touching and moving visual memory of Ana Lynn.

Program Curated by Shilyh Warren. Shilyh is Assistant Professor of Aesthetics and Film Studies at the University of Texas at Dallas. Her first book, Subject to Reality, investigates the entwined histories of documentary, ethnography, and feminism in women’s documentary filmmaking. Her essays on documentary and feminist filmmaking have appeared in Camera Obscura, South Atlantic Quarterly, Signs, Jump Cut, and Mediascape. She is also the co-editor of a special feature on feminist pedagogy and cinematic violence for Films for the Feminist Classroom.

Special thanks to Women Make Movies http://www.wmm.com and the Texas Commission on the Arts and Dallas Film Commission