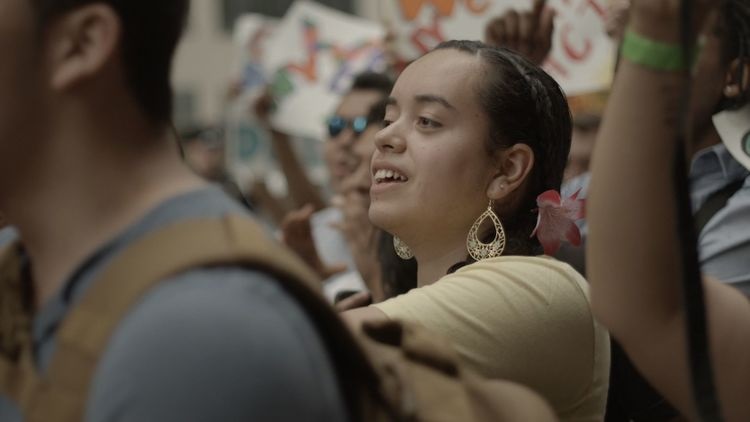 Movies That Matter: Don't Tell Anyone (No Le Digas a Nadie)

Since the age of four, Angy Rivera has lived in the United States with a secret that threatens to upend her life: She is undocumented. Angy arrived with her mother, fleeing violence, poverty, and civil war in their native Colombia. For 20 years they live in the shadows, struggling to stay afloat financially and avoid deportation while battling a complex and inequitable immigration system. "Don't tell anyone" is a phrase whispered often and branded deeply on the consciousness of all who are undocumented.

Now 24, unable to pay tuition for college and facing an uncertain future, Angy joins the youth-led New York State Youth Leadership Council (YLC) with whom she dons a bullhorn at pro-immigration rallies, telling all who will listen that she is "undocumented and proud." Rivera becomes an activist for undocumented youth with a popular advice blog "Ask Angy" and a YouTube channel boasting more than 27,000 views. She steps out of the shadows a second time to share her story of sexual abuse, an experience all too common among undocumented women. Don't Tell Anyone (No Le Digas A Nadie) follows Rivera's remarkable journey from poverty in rural Colombia to the front page of The New York Times.