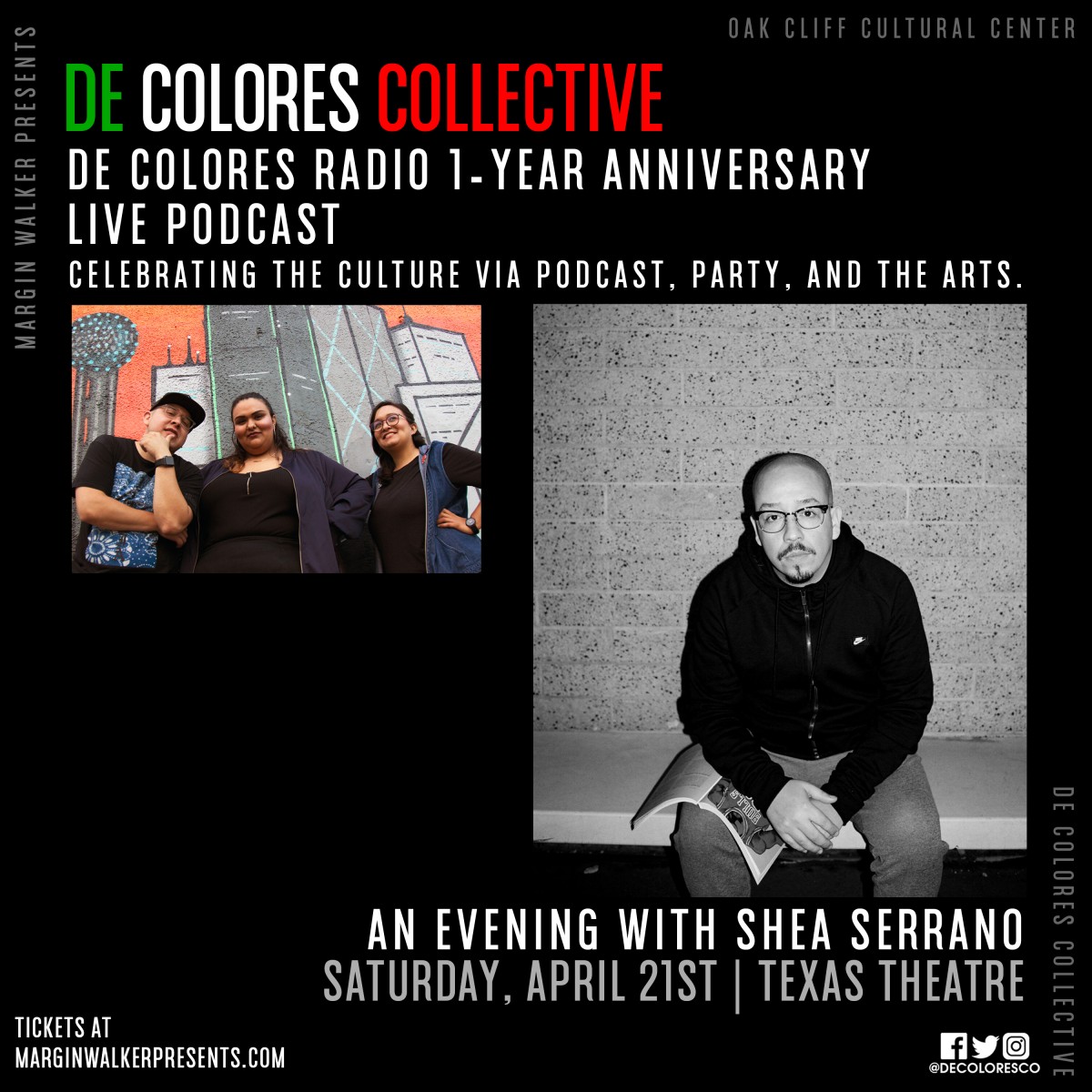 Join us for our 1-year anniversary celebration as we host a LIVE podcast recording with the one and only, Shea Serrano!

Shea Serrano is a #1 New York Times bestselling author. His most recent book, Basketball (And Other Things), was picked by President Barack Obama as one of his favorite books of 2017, as well as one of the best nonfiction books of 2017 by Barnes & Noble, as well as one of the best humor and entertainment books of 2017 by Amazon. His book before that, The Rap Year Book, was also a New York Times bestseller, and is being turned into a documentary for AMC. Currently, he works at The Ringer dot com.