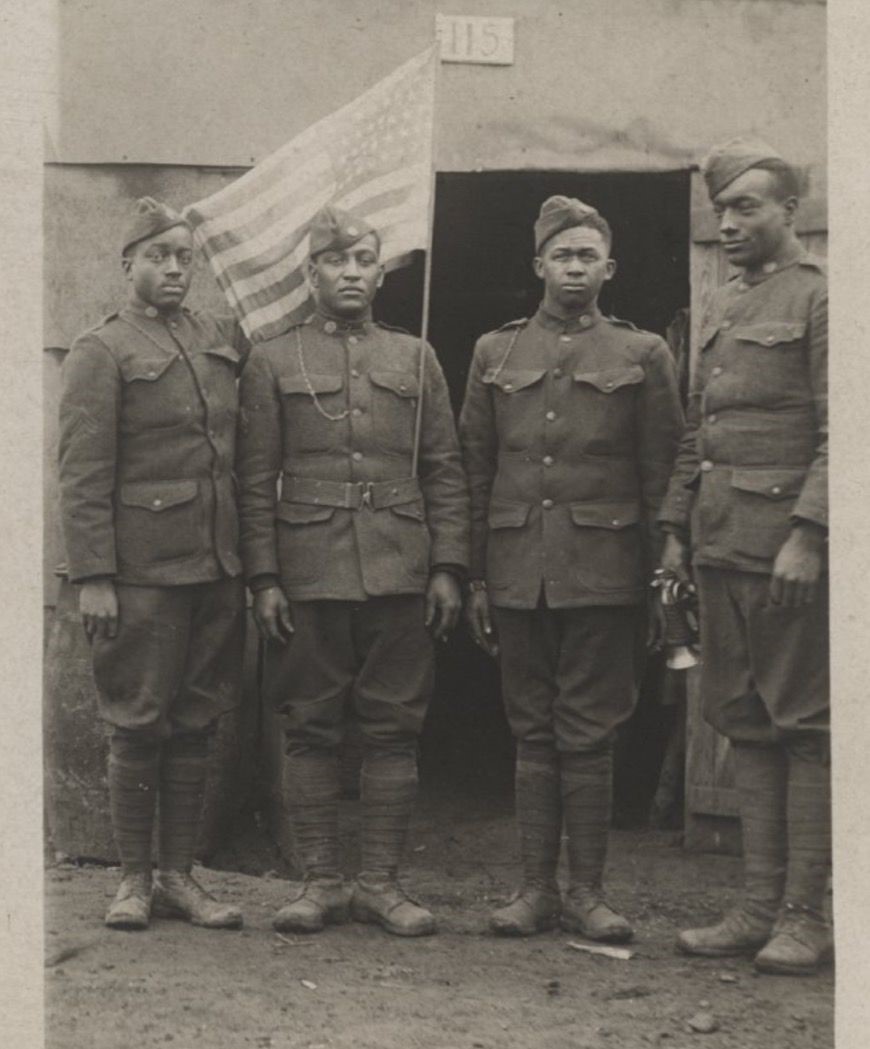 The primarily African American World War I Pioneer units lacked the formal training to be engineers but were too qualified to be cooks or assigned to the laundry detail.  Because they were different from other construction and labor units, they received combat training. This was necessary because they could be stationed anywhere, including the frontlines.

While stationed in Europe, the Pioneer Infantry cleared passages and constructed roads and bridges. After the Armistice, tremendous effort was expended for America to exit the war.  Thousands of Pioneer Infantry men of the 813th, 815th and 816th were assigned the sobering task of collecting bodies, and body parts, from the battlefields of France as winter encroached and prepare them for burial.

Collin County historian Kristin Spalding observes, “Collin County soldier Pvt. Jeff ‘Morgan’ Tucker of the 816th Pioneer Infantry lost his life to illness, a mere month after the Armistice, and joined the very men he helped to bury, in the Argonne National Cemetery in France.  Pvt. Tucker was reinterred at the historic Ross Cemetery in 1921, and finally, as of last month, his grave is no longer unmarked, and he is receiving due credit for his bravery and ultimate sacrifice.”

Dr. Bean is the author of Too Great a Burden to Bear: The Struggle and Failure of the Freedmen's Bureau in Texas. Assistant Professor of History and Native American Studies at East Central University, Oklahoma, Dr. Bean completed his doctorate from the University of North Texas. He has written articles for several history journals and presented papers at history conferences.