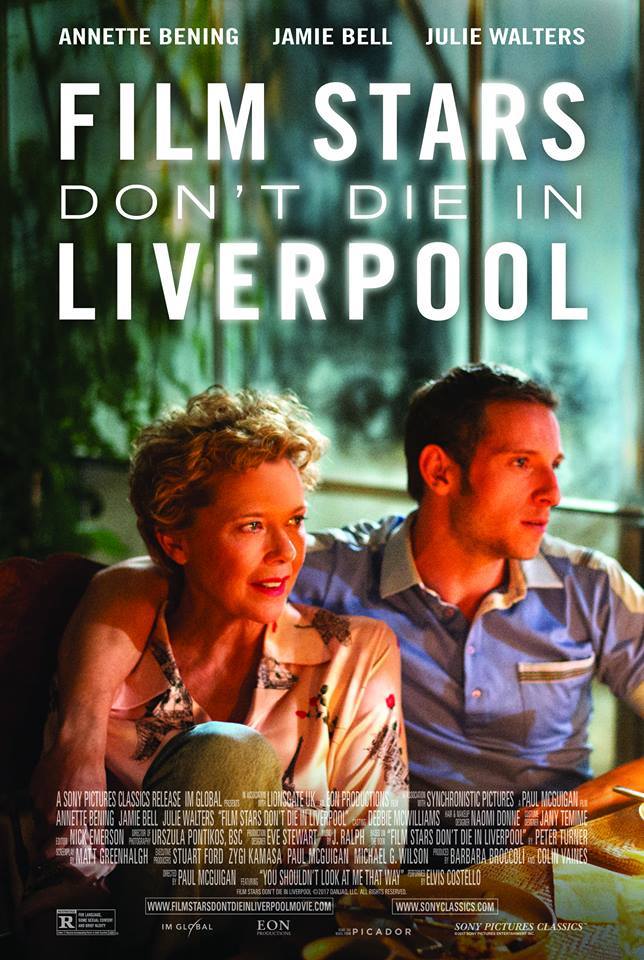 Magnolia at the Modern: Film Stars Don't Die in Liverpool

“Despite a few quibbles that viewers may have, there is no denying the emotional force that this film develops, and for that, we can credit talented filmmakers and two stars working at the height of their powers.” Stephen Farber, Hollywood Reporter.

Annette Bening and Jamie Bell star in this adaptation of the memoir by British actor Peter Turner, recounting his romance with the legendary (and legendarily eccentric) Hollywood star Gloria Grahame during the last years of her life.

Magnolia at the Modern is an ongoing series featuring critically acclaimed films. Tickets are $9; $7 for Modern members; $6 for Reel People. The Sunday noon show time is half price. Advance sales begin two hours prior to each show.