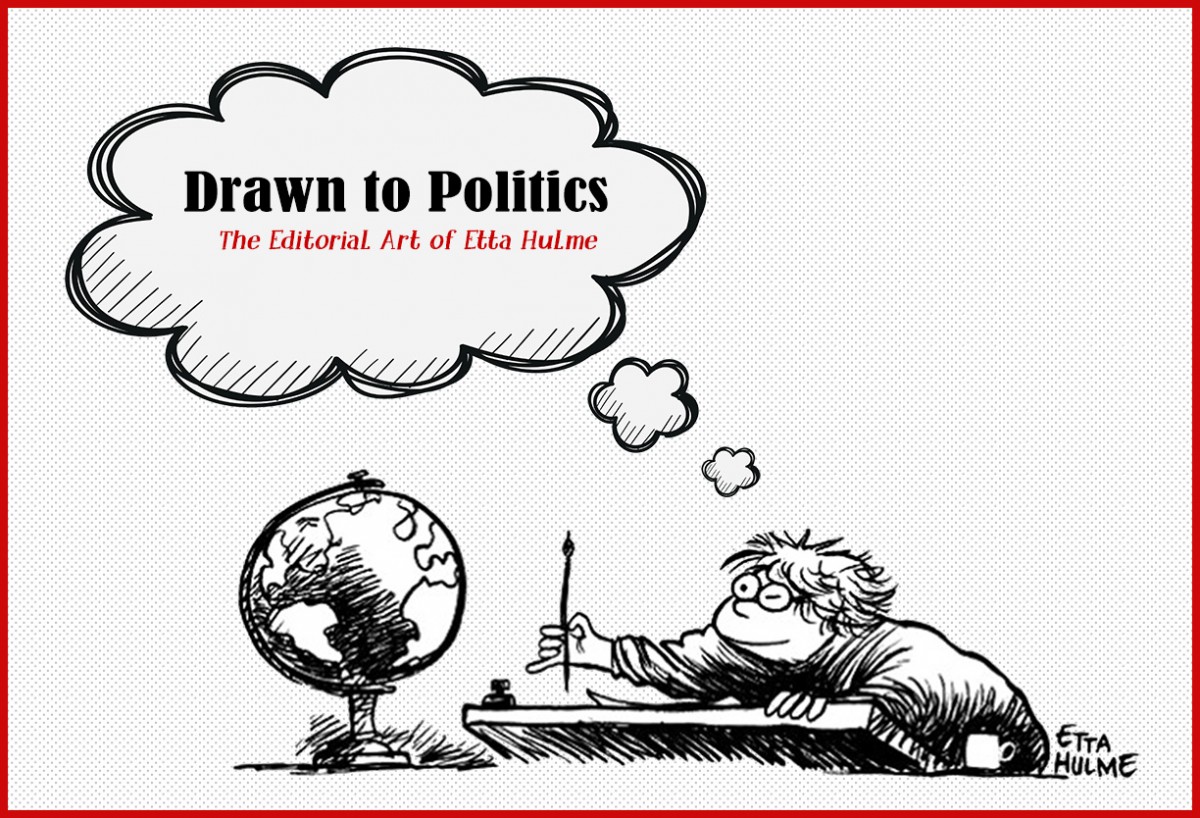 Drawn to Politics the Editorial Art of Etta Hulme

Newly added to the vast holdings of the Special Collections at the University of Texas at Arlington is the work of long-time Fort Worth Star-Telegram editorial cartoonist Etta Hulme. Gifted to the University from the Hulme family, this collection consists of over ten thousand original cartoons, sketches, and other artwork.

Etta Hulme (1923 -2014) grew up in Sommerville, Texas, and went on to major in Fine Arts at the University of Texas. After graduation, Etta headed west to California to begin her cartooning career in the animation department at Walt Disney Studios. Etta traveled to Chicago where she worked for Dearfield Publishing Company drawing a spin-off comic book called “Red” Rabbit, a parody of the popular cartoon Red Ryder.

Described as sharp and smart, witty and well-read, Etta Hulme’s work did not shy away from the issues. Her edginess and liberal ideology offended some, mesmerized others, and gave Hulme a platform on which to voice her opinion. For Hulme, the important issues concerned the equal rights amendment, gun control, and education, though she never missed an opportunity to examine other issues such as environmental protection and health care. While her work predominately covered local, state, and national topics, she also ventured into international politics examining issues such as the Cold War, apartheid, and the struggles in the Middle East.

This collection of Etta Hulme’s work spans from the 1940s-2000s and provides an in-depth look at culture, politics, and society. In addition to the original work, this donation of archival materials also includes correspondence, news clippings, photographs, awards, books and literature about cartooning, as well as some periodicals.

Opening this week is an exhibition of her collection: Drawn to Politics-The Editorial Art of Etta Hulme. This exhibit is free and open to the public on the sixth floor of the Central Library.