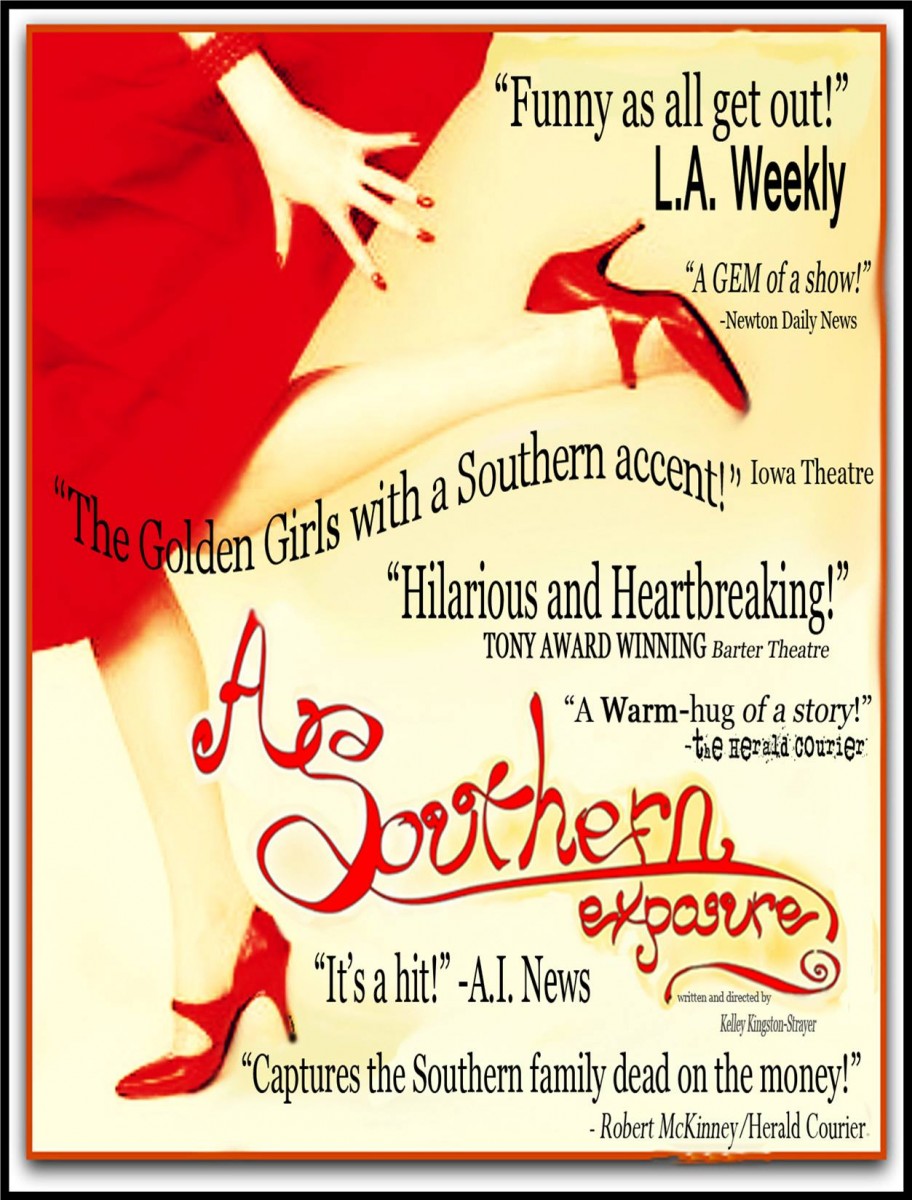 A Southern Exposure is a comedy-drama set in a small town in present-day Kentucky. It is the story of Callie Belle Hurt whose idea of love is so unrealistic it could be lifted from the pages of a romance novel. Raised by Hattie, her sassy, Bible-thumping grandmother with a cast-iron will and her two eccentric aunts, Callie Belle stuns her family when she announces that she has fallen in love and is moving to New York.

Not only is Hattie outraged by Callie Belle’s rash decision she is also aghast that the ‘All-American’ image of Callie Belle she has crafted will most certainly be tarnished. Act I, Scene I, closes with Hattie threatening to break all ties if Callie Belle proceeds with her plan.

But Callie Belle is determined and within weeks she is gone.

Soon after she arrives in the city, Callie Belle’s dreams of a fairy-tale ending are dashed. However, it is in the midst of her heartbreak she begins to realize her own self-worth. But just as Callie Belle’s world brightens tragedy strikes and she is forced to return to Kentucky. Hattie is terminally ill.

In the end, Callie Belle and Hattie finally forge the type of relationship they once struggled to attain; one built on acceptance, friendship, and the fiercest kind of love.