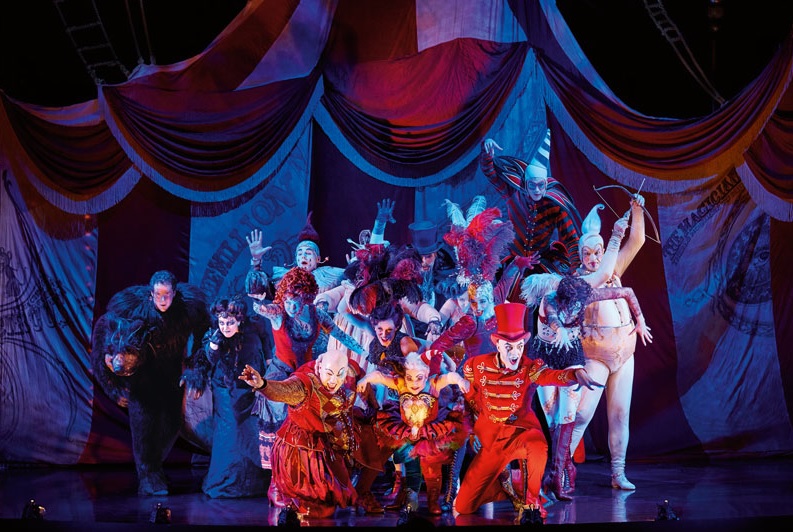 This story of boundless love, full of passion and drama, follows Lloyd Webber’s The Phantom of the Opera, one of the most successful musicals of all time, which has now been seen by more than 130 million people worldwide and is the winner of over 50 international awards.

The ultimate love story continues in Love Never Dies, Andrew Lloyd Webber’s spellbinding sequel to The Phantom of the Opera.

The year is 1907. It is 10 years after his disappearance from the Paris Opera House and the Phantom has escaped to a new life in New York where he lives amongst the screaming joy rides and freak shows of Coney Island. In this new, electrically charged world, he has finally found a place for his music to soar, but he has never stopped yearning for his one true love and musical protégée, Christine Daaé.

Now one of the world’s finest sopranos, Christine accepts an invitation to travel from Paris to New York to perform at a renowned opera house. Christine’s marriage to Raoul is suffering at the hands of his drinking and gambling and they desperately need the financial rewards that America can give them.

In a final bid to win back Christine’s love, the Phantom lures her, Raoul, and their young son Gustave, from Manhattan to the glittering and glorious world of Coney Island… not knowing what is in store for them….

Love Never Dies is a dazzling new production, which takes audiences on a thrilling roller coaster ride of intrigue, obsession and romance. Be seduced by the beautiful; sometimes magical and poetic; sometimes joyful, and occasionally melancholic score. Don’t miss this magnificent continuation of one of the world’s greatest love stories as it makes its premiere in Dallas.

This production played to critical acclaim throughout Australia and New Zealand and is described by Chris Boyd in The Australian as “The best thing Lloyd Webber has written in the quarter-century since The Phantom of the Opera.” Andrew Lloyd Webber describes the production as, “Probably the finest one I could ever, ever hope for.”