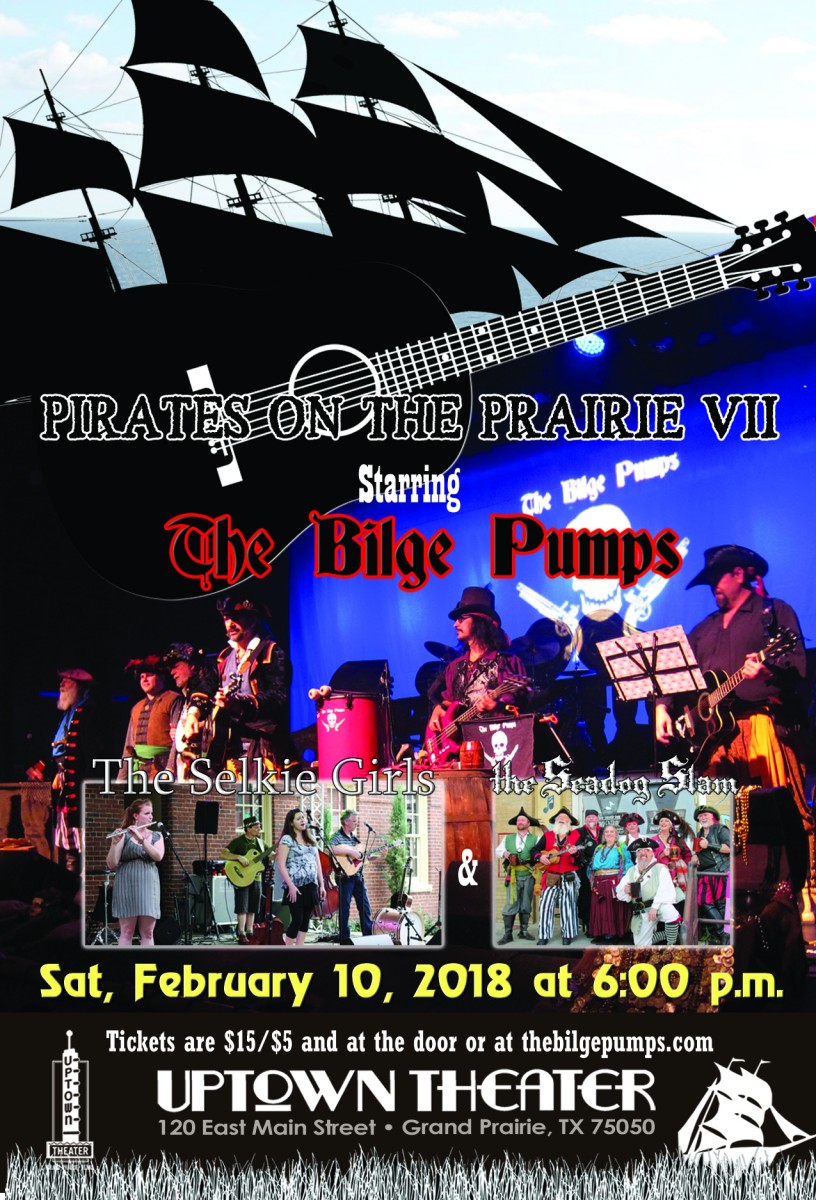 Pirates on the Prairie VII

The pirates are back on the prairie as Grand Prairie's Official Pirate Band, the Bilge Pumps, will be returning to the Uptown Theater to put on an evening full of pirate music, great fun, and nautical nonsense for the entire family!

Joining them on stage will be Dallas area band rapidly becoming a favorite in the Metroplex, the Selkie Girls, who will open the show with their own brand of Celtic and folk music that will be sure to entrance and delight.