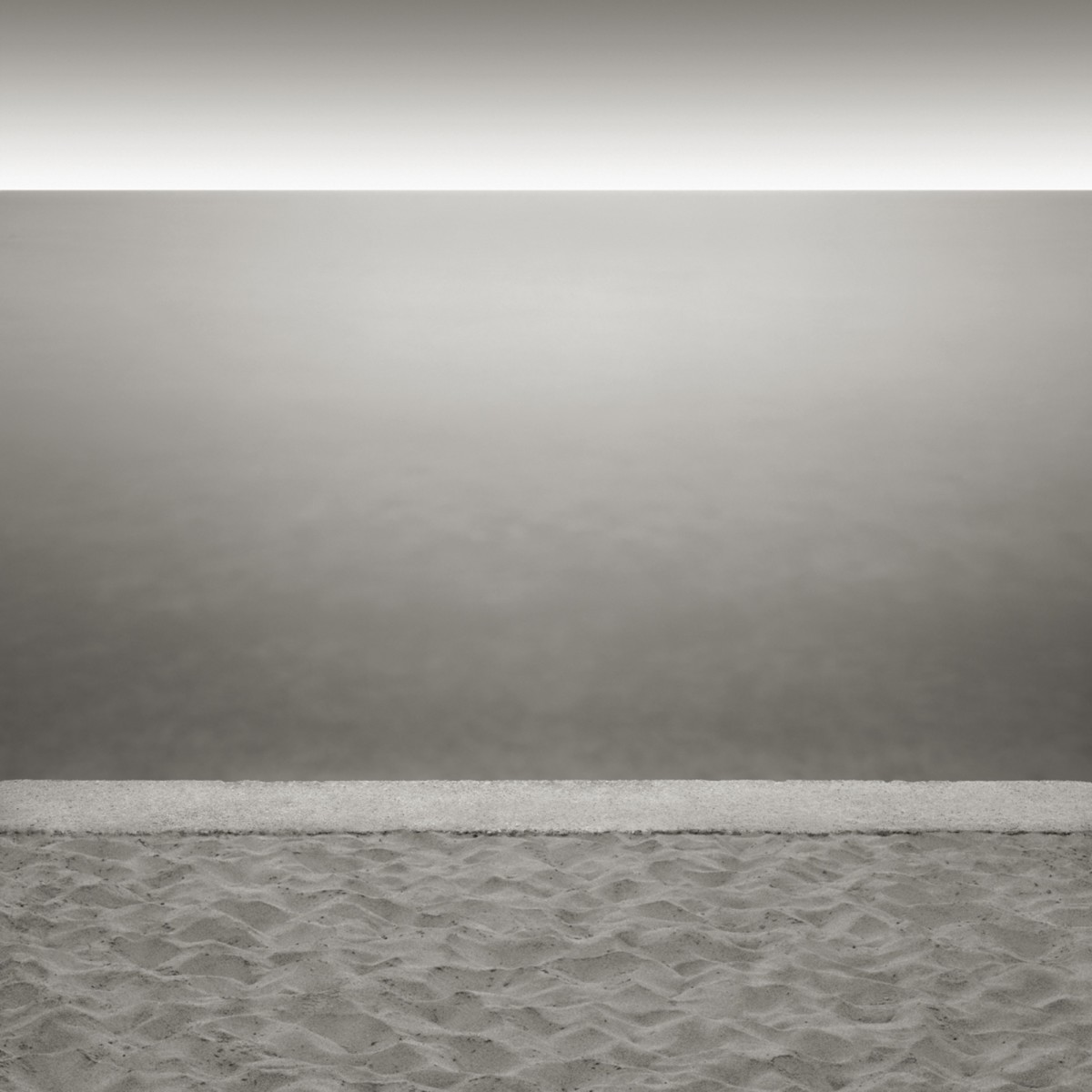 Cris Worley is proud to present our third solo exhibition of San Diego-based artist David Fokos. Sea Stones opens with an artist’s reception Saturday, January 6, and will run through February 17, 2018. The artist will be in attendance from San Diego.

A former student of Japanese art history, film, and poetry, Fokos distills the grace, stillness, and simplicity found in a traditional haiku into his images. Sculpting the light and dark areas of his prints to guide the eye, each photograph inspires a sense of quiet contemplation. Sea Stones will feature select works from the artist’s portfolio along with five new prints of rock formations on the Massachusetts seaside. In the title work from the show, two islands of rock interrupt a misty vista, drawing the eye to the seemingly endless horizon. In The Sentinel, a jagged peak stands impassively on the shore, conveying the power of the natural world against a dreamy backdrop where sky and sea blend as one.

Born in Baltimore, Maryland in 1960, David Fokos received his first Kodak Brownie camera from his grandfather at age 11. Developing his passion for photographing the seascapes of Martha’s Vineyard as a teenager, he was influenced by the work of Ansel Adams. Fokos received his Bachelor of Engineering from Cornell University in Ithaca, New York while refining his platinum printing process. Regularly exhibiting his work in galleries on the west coast and in Tokyo and Osaka, Japan, Fokos is also included in the collections of Banana Republic, Microsoft, Texaco Corporation, McGraw- Hill, the Museum of Fine Arts, Houston, the Museum of Photographic Art in San Diego, and the Boise Art Museum, among others.