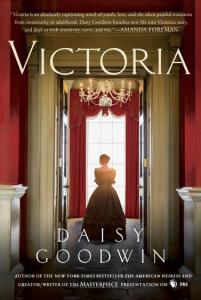 Daisy Goodwin is the creator and producer of the acclaimed PBS television series Victoria, which premieres season 2 in the US on January 14. This popular drama about the woman who would define an era was inspired by Goodwin’s experience writing a national bestselling novel of the same name. Based upon Queen Victoria’s diaries, Goodwin’s story of the stubborn teen turned queen overnight is impeccably researched, vividly imagined, and captivatingly written.