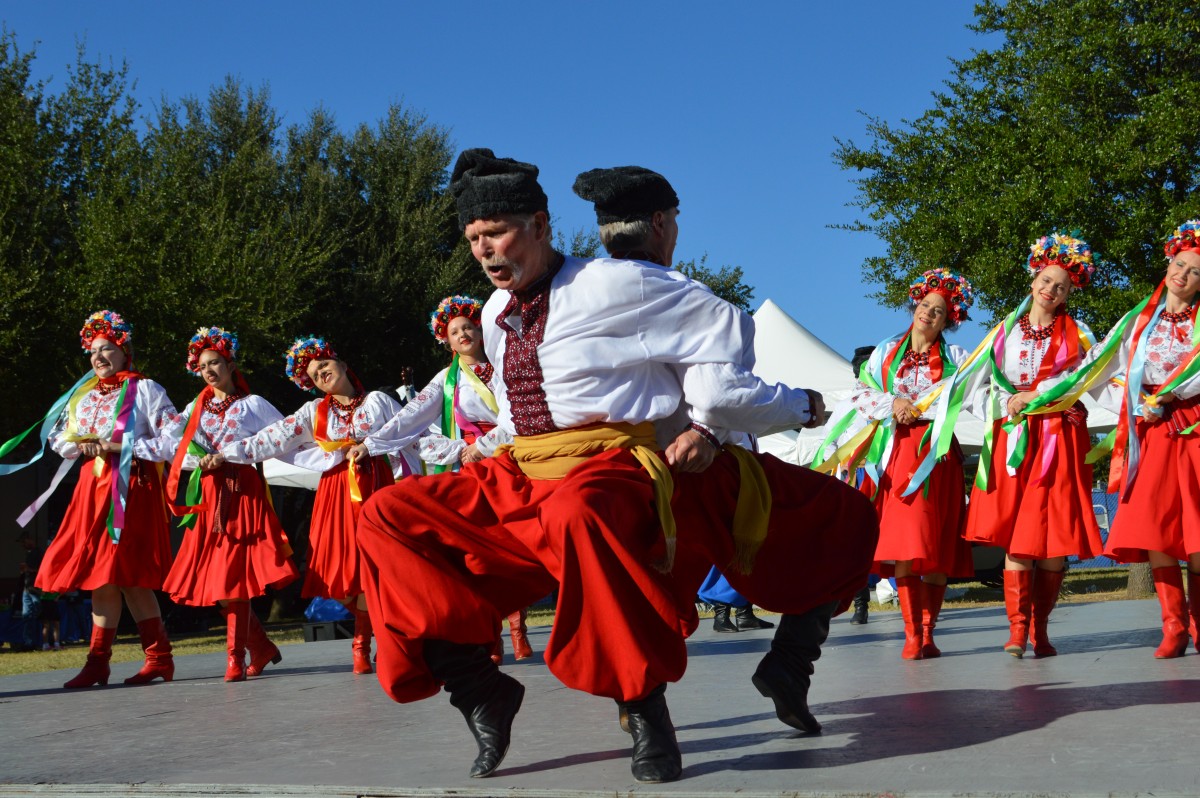 Bring in the holidays with Zorya Ukrainian Dance Ensemble of Dallas at 7:30 p.m. Friday, December 16, at the Allen Public Library.  Visit http://www.cityofallen.org/calendar.aspx?EID=5427 for details.  This unique folk dance group has been entertaining audiences throughout Texas for over 42 years.

The name Zorya, meaning “rising star”, was chosen not only to reflect the group's Ukrainian roots but also its ties to the Lone Star State.  From its homegrown "Texan" dance to its traditional performance of the quintessential Ukrainian dance Hopak, Zorya offers a spirited and exciting combination of Ukrainian folk dance for your enjoyment.

Zorya was formed in 1975 by members of St. Seraphim Orthodox Cathedral in Dallas. The intent was to participate in the 1976 Texas Bicentennial celebrations hosted by the Institute of Texan Cultures in San Antonio, Texas.  This first Texas Folklife Festival was a great success and Zorya was received with such enthusiasm that we have been invited back to the festival since its inception.

The folk singing group Veselka, Ukrainian for “rainbow” and established over four years ago, has performed at a variety of international and Ukrainian events in the North Texas area.

Veselka art director Oksana Toporina states, “Ukrainian carols highlight the beauty of our language more than anything else. We are proud to bring Ukrainian culture and traditions to the Allen Public Library.”

Performances by Jagoda Polish Folk Dance Ensemble will include Polish dances and songs in period costume.