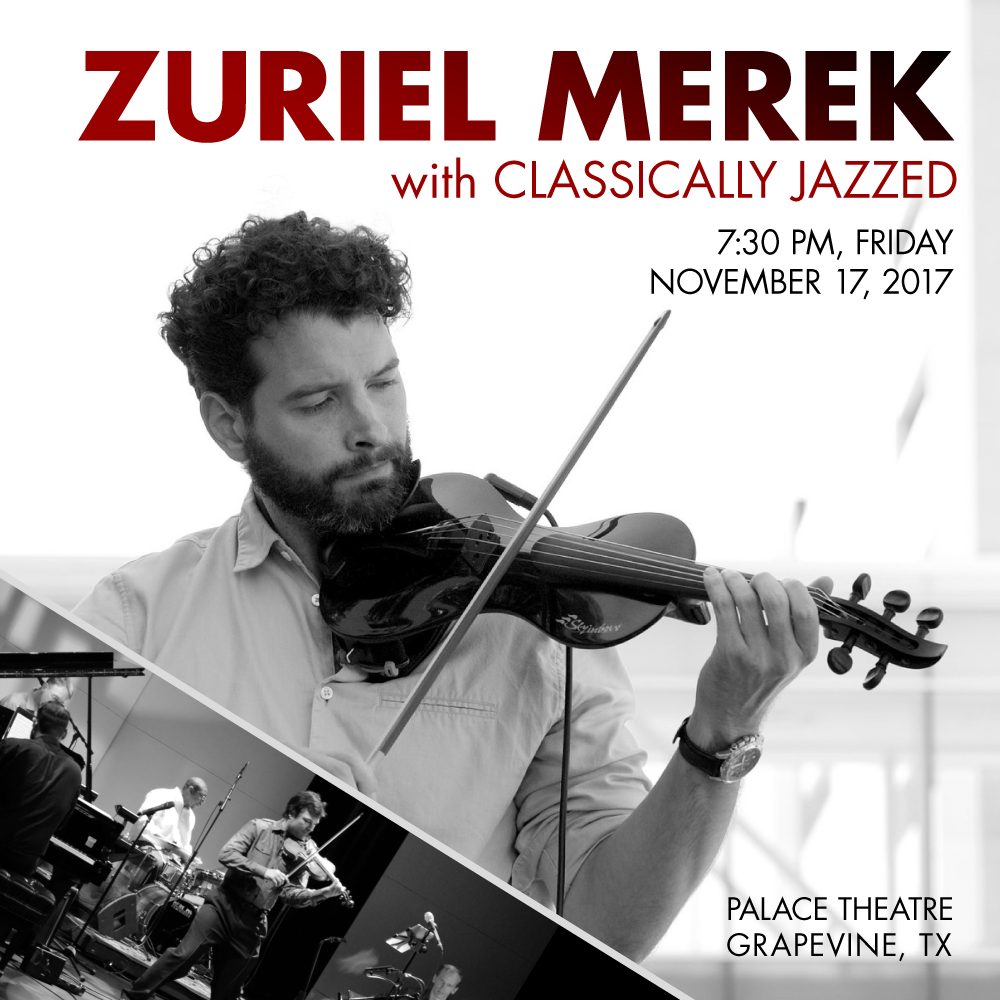 Zuriel Merek captivates his audiences with passionate electric violin performances that seamlessly integrate classical technique with modern technological innovation. As a solo artist, he specializes in live looping—the recording and playback of music in real-time—with his freshly reimagined arrangements of rock, pop, and soundtrack favorites. He also produced, composed for, and performed all the instruments on his 2017 solo instrumental album, The Tao Less Traveled—an original, emotive blend of rock, classical, and cinematic soundscapes. Zuriel will be performing his original music with a backing band and his live-looped cover repertoire as a solo performer.

Violinist and composer Mark Landson’s popular band, Classically Jazzed, turns classical masterpieces into electric jazz works by substituting the typical orchestra of the early 1700s with a modern jazz combo. The resulting sound reimagines the best of the original genius of the great composers and adds a contemporary twist.