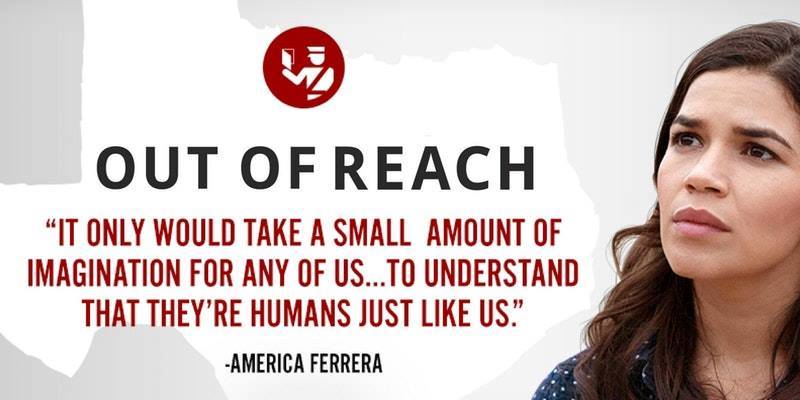 America Ferrara's "Out of Reach"

A new film called Out of Reach follows actress America Ferrera as she travels to Texas in the final months of the Obama Administration to find out how immigration policies are affecting the 1.65 million undocumented people currently living in the state.

A drastic shift in rhetoric around immigrants, a sharp rise in raids, a national travel ban and the rescinding of DACA are all indicative of an increasingly antagonistic stance on immigrants and refugees in the U.S., where some 11 million undocumented immigrants are subject to a brutal detention and deportation machine. Nowhere is this more so than in Texas, a state that remains the epicenter of immigration activism.

Undocumented Texans are fighting not only an increasingly anti-immigrant federal government but also an emboldened state government. Activists are currently mobilizing against Senate Bill 4, a controversial measure designed to crack down on "sanctuary cities." If implemented, the bill, commonly referred to as the "show me your papers" law, would give local law enforcement the authority to ask about a person's immigration status during routine interactions such as traffic stops and force local law enforcement to comply with federal immigration officials.

Join United Fort Worth, North Texas Dream Team, RAICES and Working Films for a free screening of Out of Reach along with a Q&A and discussion with local leaders to learn all the ways we can fight back against policies like SB4.

A ticket does not guarantee a seat, but seating will be given on a first come first serve basis with priority to those who RSVP.